Rajesh Khanna Death Anniversary: His journey from being an Amritsar boy to Bollywood’s first superstar 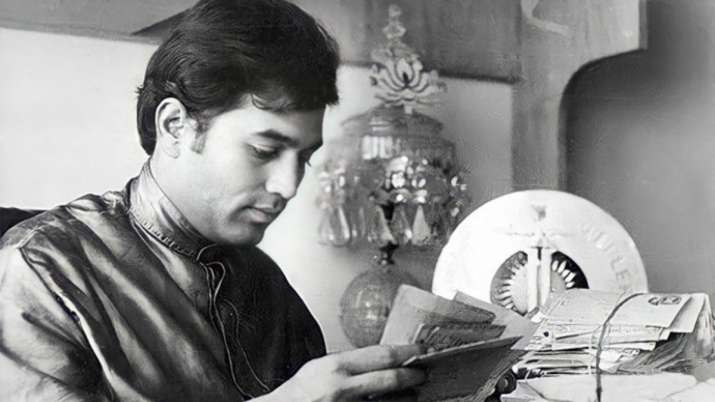 Rajesh Khanna has been one of Bollywood’s most celebrated stars. From his larger than life character in ‘Anand’ to a hopeless romantic in ‘Amar Prem’, Rajesh Khanna has given his fans and a whole generation many moments to remember. Bollywood’s dashing heartthrob, who ruled the hearts of millions, regrettably breathed his last on July 18, 2012. Time passed by, but the memories of Khanna – someone who achieved the fame that no other film star had ever experienced before – still live. On his ninth death anniversary, here are some tales from the actor’s life that biographer Yasser Usman captures in his audiobook ‘Rajesh Khanna: The Untold Story of India’s First Superstar’.

“There was a long queue of women from nine to ninety outside the studio where we worked.”

In the audiobook, Sharmila Tagore, superstar Rajesh Khanna’s favourite co-star, mentions that women came out in droves to see him. She also highlights how they would stand in queues outside the studios to catch a glimpse of him, marry his photographs, pull at his clothes and what not. More than just a heartthrob, Khanna was an idol to them.  She says “There was a long queue of women from nine to ninety outside the studio where we worked. The hysteria was unprecedented.” Sharmila also mentions, “He probably didn’t have the attributes that are normally associated with a hero, what he had was a disarming smile, youthful energy and an innate sense of drama and a well-modulated voice which he used to his fullest advantage.”

To this, Yasser Usman adds, “Mostly remembered as a romantic actor as he had a vulnerable lost air about him that made women of all ages feel safe around him”.


“The news of Rajesh Khanna tying a knot ended up becoming the biggest event of the year. Hoards of women were left heart broken, some of them went into a state of shock, while some who previously married his photo decided to wear white to symbolize widowhood.” As per magazine Devi the entire act of his wedding with Dimple Kapadia was “nothing more but a publicity stunt for whatever it was worth.”

“Rajesh Khanna is finished. If he thinks this third rate shot was great, obviously his mind wasn’t working.”

In an altercation about a retake for a scene (in Aradhana), Rajesh Khanna looked at director Shakti Samanta straight in the eyes and said “isse better performance aapko India mei koi nahi dega.” To which Samanta later confided, “Rajesh Khanna is finished. He is dead. If he thinks this third rate shot was great, obviously his mind wasn’t working.” But the history books would disagree since Aradhana was a part of Khanna’s steps towards stardom.

“His fascination for whiskey and love for food started showing more than he would have liked.”

With more than 3 flop movies in a row and the not so “cute boy” looks, Khanna could see his career coming to an end in front of his eyes. “Most filmmakers thought that Khanna’s off-screen troubles seeped into his work. He was popular enough to attract roles but his failures made him a second-round star. Rajesh and his films had ceased to create history. Adding to this, Yasser in the audiobook mentions “His fascination for whiskey and love for food started showing more than he would have liked.”

“From the years 1969 to 1972, you will find his (Rajesh Khanna’s) name in any discussion for Hindi Cinema as he was the face of mainstream cinema then.”

A boy with big dreams Jatin Khanna, hailing from Amritsar adopted the on-screen name ‘Rajesh’ and who knew that it would be etched in the memories of so many hearts across the globe. He did it the hard way as Yasser tells, “During the United Producers Combine Talent hunt contest (1965), Jatin used his well-modulated voice to engross the judges with each passing line as he delivered a monologue during the finals, which made him beat 10000 participants.” He adds, “Rajesh Khanna’s struggles ended the day signed his contract with the United Producers Combine.”