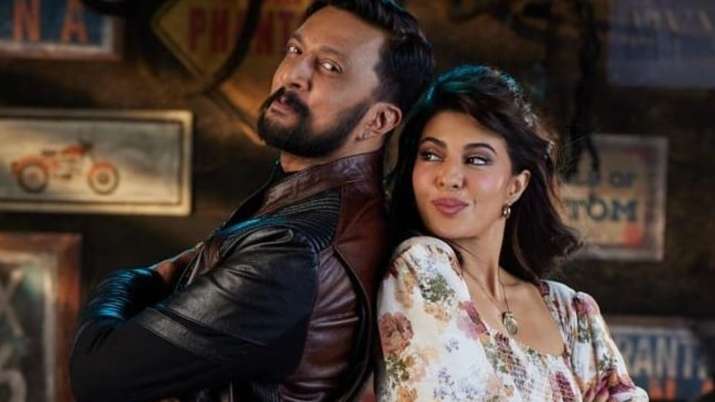 Kannada actor Kiccha Sudeep on Saturday took to social media to thank Jacqueline Fernandez for her performance in an important song for his upcoming film. Jacqueline recently shot a song for a movie starring National film award-winning actor Kiccha Sudeep and the actor has expressed gratitude to her on his Twitter handle. Sudeep thanked Jacqueline who has just completed the shoot for an important song for his upcoming film. He praised the diva for bringing much-needed energy into the song.

“Thanks @Asli_Jacqueline for bringing in so much energy into the song and the film. Your dance did make me deliver a step or two too. Spread the warmth the way you always do. Bestttt wishes,” tweeted the actor.

Jacqueline in response to the kind words from Kiccha, wrote back, “Pleasure was mine, @KicchaSudeep, it was such a joy working with you. Thank you for this lovely opportunity @anupsbhandari. Enjoyed every bit of the process. To many more ahead”.

Director Anup Bhandari also, took to his Twitter handle to laud Jacqueline and wrote, “@Asli_Jacqueline! It was a pleasure working with you! Your 1st look & character name will be releasing soon & I’m sure the audience will love it. Let’s meet once again in the dubbing studio. Till then – “Swalpa Jopana” @VikrantRona #JacquelineJoinsVikrantRona”

Jacqueline replied by tweeting “Looking forward to seeing you soon @anupsbhandari … Can’t wait for the creatives to be out and I’m sure the audience is going to love them! Thank you to you and the entire team for all the love. Swalpa Jopana until we meet again”

Jacqueline’s popularity in the South is evidently big as this collaboration marks her second outing for a dance number in a movie helmed by a South star. She was last seen in Saaho’s track ‘Bad Boy’ featuring Prabhas as she turned quite a few heads back then drawing in a lot of praise for her dancing skills. On the work front, the actor has multiple interesting movies likes ‘Bachchan Pandey’, ‘Kick 2’, ‘Bhoot Police’, ‘Ram Setu’ and ‘Cirkus’ in the pipeline.

‘No Evidence To Link TB With Coronavirus’: Health Ministry