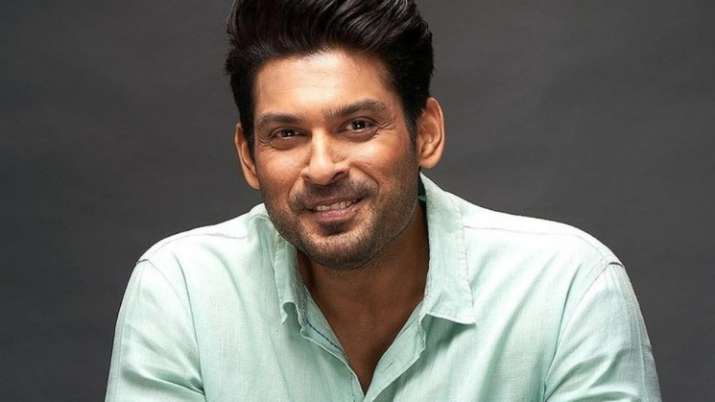 Bigg Boss 13 winner Sidharth Shukla has often been a target online when he has been slammed for his ‘aggressive’ behaviour on the reality show. While the actor has always tried to maintain peace among the fans clubs, trolls are hardly listening. Sidharth is very active on Twitter and makes it a point to interact with his fans as much as he could. On Saturday, he reacted to a fan tweet that revealed that Sidnaaz fans are being targeted and abused online. There has been a constant war between Shehnaazians (Shehnaaz Gill fans) and Sidhearts (Sidharth Shukla fans) who are not in favour of the duo being together. As the trolling went out of hand, Sidharth decided to school netizens on online toxicity.

Sidharth Shukla asked his fans to maintain dignity and n9ot talks bad about anybody after a Twitter user said, “Was just listening a space, someone is saying #SidNaaz fd has only aunties and they are s*x deprived bcs their husbands are not man enough and they are fulfilling their fantasy here.” To this Sidharth Shukla tweeted, “Who ever said that would be really sick … please do not repeat that let’s be a bit dignified… even if we don’t like a particular sect of ppl.”

When a ‘Sidheart’ complained that Sidharth Shukla is defending Sidnaaz fans but not his own fans, the actor said, “If that’s what you feel I doubt I could prove that any more that how much you all mean to me … you correct your own as you don’t want them to go wrong … at home doesn’t your family correct you … does that mean they don’t stand up or you mean nothing to them ..???”

He added, “Mujhe har us insan se lena dena hai jo mujhe follow karta hai … aur main chahta hoon ke wo galat na ho .. wo sahi rahe accha bane aur life kuch accha kare (I get affected from everyone who follows me and I want them to be right and dignified… I want them to be good and do right in life.” 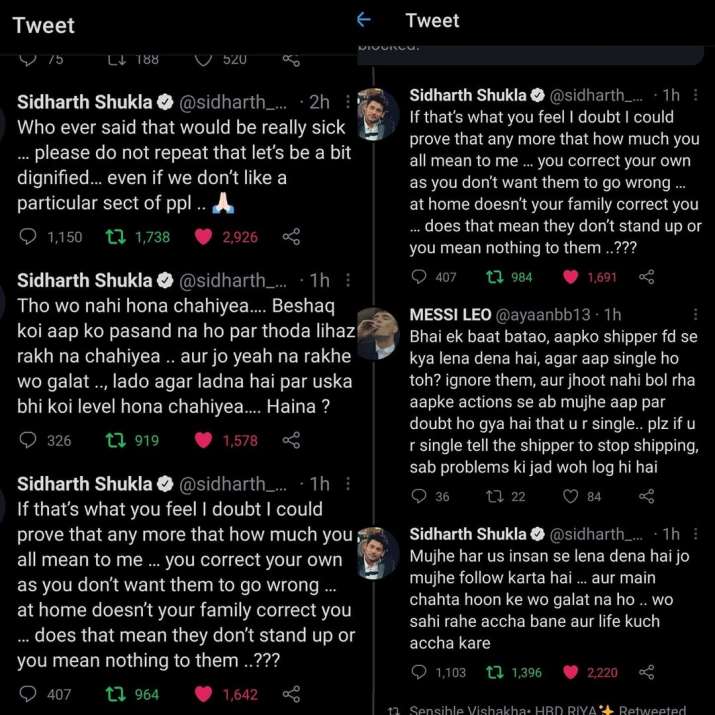 This isn’t the first time when Sidharth Shukla has used his social media platform to ask fans to maintain peace. Earlier, during his LIVE chat with Shehnaaz Gill, he had asked fans to ignore the negativity and keep showering their love on them. While Sidharth and Shehnaaz have not accepted their relationship in public, they have been assumed to be dating since Bigg Boss 13 days.

Sidharth Shukla was last seen in his debut web series Broken But Beautiful 3. He has been celebrating the success of the show which brought him back to the screen after many years. The web show has been the most-watched and popular series of Alt Balaji with Sidharth Shukla garnering all the praise for his stellar performance as Agastya Roy.

Meanwhile, Sidnaaz fans are excited as Voot has hinted about a big surprise related to Sidharth and Shehnaaz. Their tweet read, “Haye, kasam lage, hum toh bahot excited hai to share a dhamaakedaar news with you… Can you guess what we’re upto and who is the couple? (Find hint in the hashtags) We’re so excited to tell you, stay tuned for the BIG reveal.”

At first it was assumed that Sidharth and Shehnaaz will come together to host the premiere episode of Bigg Boss 15 OTT. However, now it is being rumoured that Voot is all set to release a one-hour long movie of the duo comprising of their golden moments from the Bigg Boss 13 house. Only time will tell what the actual surprise is.

Ind vs SL, 1st ODI: When And Where To Watch India vs Sri Lanka 1st ODI Live Streaming, Telecast