Twinkle Khanna remembers dad Rajesh Khanna on his death anniversary: ‘I have his eyes, my son has his smile’ 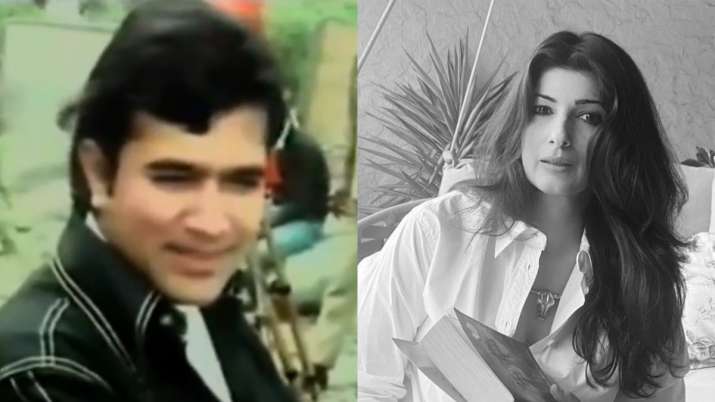 Author Twinkle Khanna penned an emotional post in the beloved memory of her father and actor Rajesh Khanna, on 18th July as it marked the 9th death anniversary of the veteran superstar. Taking to Instagram, Twinkle posted BTS moments of Rajesh Khanna from the shoot of his hit song ‘Suno kaho kaha suna’ from 1974 film Aap Ki Kasam.

Along with it, she wrote: “I have his eyes, my son has his smile and the world has pieces of him embedded in their hearts. He still lives on,” Twinkle captioned the post.

In the video shared by Twinkle, Rajesh Khanna can seen telling a reporter that he loved his work, even if it meant going through the same process of running around tress (or rocks, as in this particular case) again and again.The video is part of a BBC documentary titled Bombay Superstar.

Fans have also paid tribute to late Rajesh khanna on Sunday. “He’s a legend. His movies bring a smile to my face. He’s the real superstar of our country,” a user wrote on Instagram. “He ruled like a King of Hearts,” another social media user posted.

Rajesh Khanna, who died in 2012 aged 69 due to cancer, was often referred to as the first superstar of Indian cinema. ‘Kati Patang’, ‘Anand’, ‘Haathi Mere Saathi’ and ‘Amar Prem’ are some of his memorable films. He was even awarded India’s third highest civilian honour Padma Bhushan in 2013 for his work in the entertainment industry.

Rajesh has appoeared in more than 163 films. He was last seen in a Havell’s ad campaign.