Kriti Sanon shares her glimpse from the most ‘chubbiest day of Mimi’; see pic 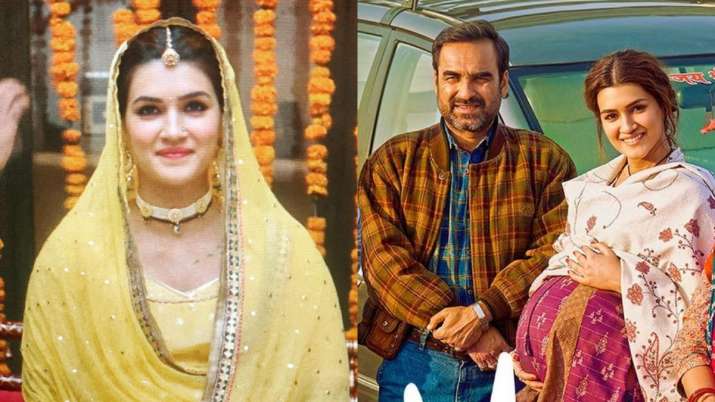 Ahead of the release of ‘Mimi’, actor Kriti Sanon treated her fans and followers with an unseen picture of herself from the film. Kriti took to Instagram and shared her ‘chubbiest’ look from the movie. Sharing a glimpse of her transformation, she  wrote: “This was my cubbiesy day of Mimi! And coincidentally happened to be my god bharai scene. Could not recognise myself.”

For the unversed, Laxman Utekar’s directorial ‘Mimi’ is a quirky tale of a feisty and carefree girl (Kriti) who becomes a surrogate mom to make money. Kriti had to even put on 15 kilos for her role.

Kriti Sanon says she chose a realistic approach while portraying the various stages of pregnancy in the upcoming film “Mimi”. “Being blessed with a great metabolism, I’ve always been able to eat whatever I want. Owing to this, it wasn’t easy for me to put on the kilos. From devouring the oiliest possible breakfast, to gorging on the sugariest of sweets, I had to stuff myself with way more food than normal,” Kriti recalled.

Apart from Mimi, the actress will be seen in “Bhediya”, which also stars Varun Dhawan. The supernatural film is directed by Amar Kaushik, and the film is slated to release on April 14 next year. She also stars with Akshay Kumar in the action comedy “Bachchan Pandey”, and with Tiger Shroff in the action drama “Ganpath”. Kriti’s line-up of films also includes “Hum Do Hamare Do” with Rajkummar Rao and “Adipurush” with Prabhas and Saif Ali Khan.