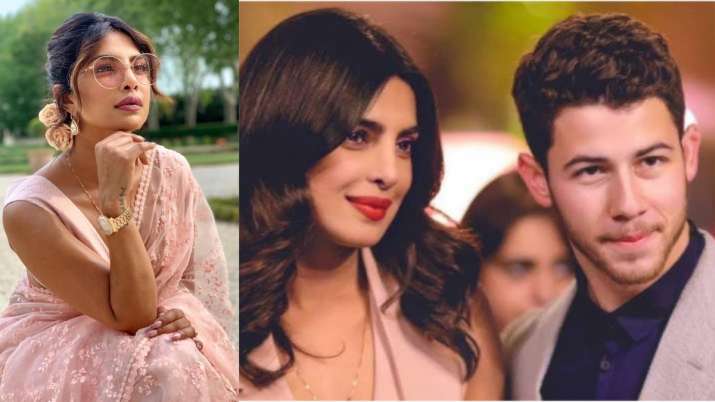 The American pop star Nick Jonas shared an adorable birthday wish for his wife-actress Priyanka Chopra. The actress turned 39 on July 18. Taking to Instagram, Nick Jonas shared an adorable post for his wife. He dropped two pictures of the actress and wrote in the caption, “Happy birthday my love. You deserve all the happiness in the world. Today and every day. I love you.” While the first picture shows an adult Priyanka Chopra, posing glamorously for the camera, the second is a throwback to her childhood days.

Kareena posted a picture of Priyanka on her Instagram Story and wrote: “Happy birthday Priyanka…May you keep breaking boundaries forever.

Lots of love.” Anil Kapoor took a stroll down memory and shared a picture from the sets of ‘Dil Dhadakne Do’, wherein Priyanka plays the role of his daughter. “Happy birthday PC! Here’s to another year of taking over the world,” he wrote on Instagram.

Meanwhile, the diva kicked off her birthday weekend by treating fans with her sultry photos. Taking to Instagram, she shared ‘expectation vs reality’ photos wearing a chic black swimsuit. Priyanka rang in her birthday weekend by bathing in the sun and taking a dip in the pool. She shared many more pictures on her Instagram stories and said “pre birthday vibes.” She also claimed that she is living her ‘mermaid life.’

Priyanka was last seen on screen in the OTT film “The White Tiger”. The Ramin Bahrani directorial stars Adarsh Gourav and also features Rajkummar Rao in a pivotal role. Priyanka is currently in London for the shoot of her upcoming web series ‘Citadel’, which is directed by the Russo Brothers. “Citadel” is a spy thriller series co-starring Richard Madden slated for OTT release.