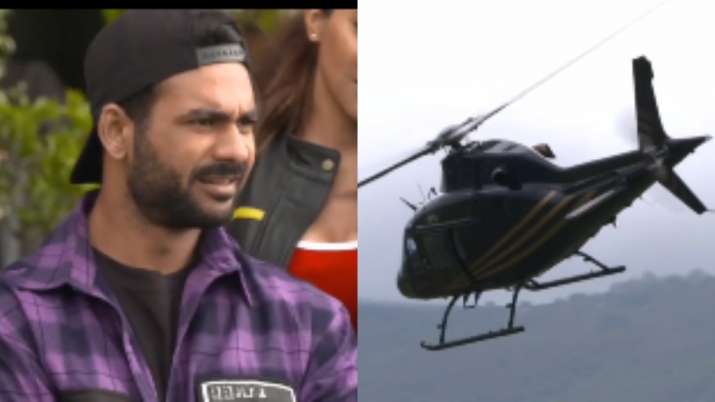 Khatron Ke Khiladi is back with the eleventh season and 13 stars that will witness that adrenaline rush and compete with each other by performing stunts on the show. The first episode of KKK 11 has been aired and the viewers have already lost calm. In May, this year, the contestants flew to Cape Town, South Africa to shoot for Filmmaker Rohit Shetty hosted reality show. This year, the tagline of the show is “Darr vs Dare.” In the first episode, all the contestants did not get the chance to perform the stunts.

Now, in the upcoming episode, the thunder boy Vishal Aditya Singh will be seen performing his first stunt. A promo video suggested that it is going to be a roller-coaster ride– a chopper based stunt. The actor along with Sana Makbul will be seen performing a stunt over a lake by hanging on two giant balls, trying to collect the red flags.

While Vishal’s performance will be awaited, Divyanka Tripathi stunned everyone with her performance in her first stunt of the season. As the show began its journey on TV on Saturday at 9:30 pm, netizens were in awe of Divyanka and Abhinav Shukla for acing their first stunts. Know as ‘Ishii Maa’ from Yeh hai Mohabbatein, Divyanka is all set to shock her fans with her daredevil avatar in Khatron Ke Khiladi 11. She left the audience, contestants and the host, Rohit Shetty in shock when she lifted up an alligator-like pro during her stunt.