After ‘Kabhi Kabhie’ and ‘Silsila’, Amitabh Bachchan to recite a poem for ‘Chehre’ 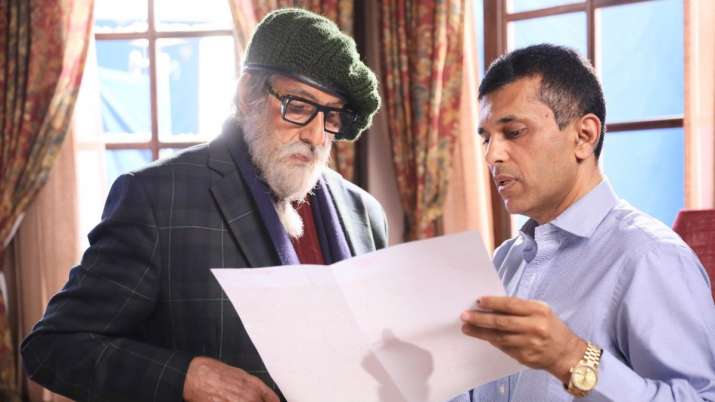 Actors Amitabh Bachchan and Emraan Hashmi are gearing up for the release of their upcoming film, ‘Chehre’. Directed by Rumy Jafry, the mystery-thriller also stars Krystle D’Souza, Rhea Chakraborty, Siddhanth Kapoor, Annu Kapoor, Dhritiman Chatterjee and Raghubir Yadav in pivotal roles. Produced by Anand Pandi, ‘Chehre’ recites the story of two individuals who are fighting to win the game of justice, where Big B would be seen playing the character of a lawyer.

In the past, the megastar brought to life the poetry of Sahir Ludhiyanvi and Javed Akhtar in classics like ‘Kabhi Kabhie’ and ‘Silsila’. Now, he will be reciting a poem written by Rumi for their upcoming film.

In April this year, composers Vishal-Shekhar had recorded the orchestral rendition of the title track with 107 musicians in Prague.

Anand Pandit said,” Shekhar Ravjiani has composed the tune beautifully. And now Amit ji will lend his matchless voice and add another dimension altogether to the track. He is a perfectionist and everything he does, be it a small movement before the camera, an action sequence, a close-up, a song he has to hum, or just be silent, he gives the moment his all. And I am looking forward to seeing how he delivers the poem because it is going to be a once in a lifetime experience.”

He also praised the music and added, “The film’s theme, its suspense and mysterious elements all come together wonderfully in the score and now Amit ji will add his own magic to it.”


It is the first time that Amitabh Bachchan and Emraan Hashmi will be seen sharing the screen.

Also Read: Kartik Aaryan gears up for his next movie, drops post-workout beefed-up picture from gym