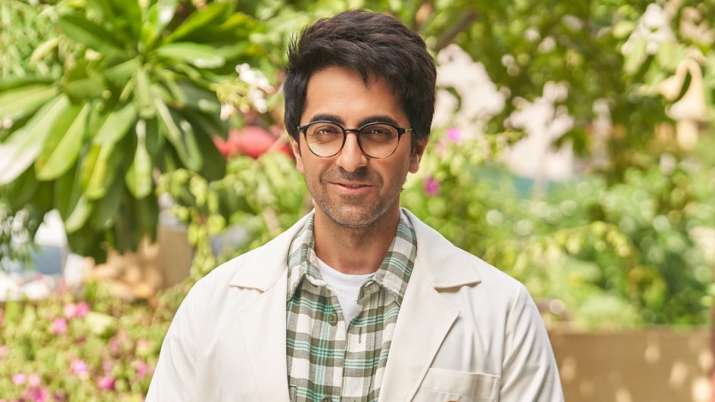 Bollywood actor Ayushmann Khurrana on Monday dropped his first look as Doctor G. The actor says he is excited to start the filming for his upcoming movie as the campus comedy-drama will make him relive memories of his hostel life. Directed by Anubhuti Kashyap, the film also stars Rakul Preet Singh and Shefali Shah, both playing doctors. Khurrana, who plays Dr Uday Gupta in the film, said the story of “Doctor G” is extremely close to his heart.

He is currently in Bhopal to shoot for the Junglee Pictures-backed project. “The subject of ‘Doctor G’ is very close to me.

Considering the lockdown restrictions, we all have been waiting to start shooting the film and we are glad that the day has finally arrived. It’s an honour to portray a doctor on screen for the first time,” Khurrana said in a statement.

The 36-year-old Chandigarh-born actor said the film will allow him to relive “memories of being a student and living the hostel life.”

This marks Ayushmann’s third collaboration with Junglee Pictures, after ‘Bareilly Ki Barfi’ (2017) and ‘Badhaai Ho’ (2018). Apart from ‘Doctor G’, Ayushmann has several upcoming projects in his kitty including ‘Anek’ and ‘Chandigarh Kare Aashiqui’. He was last seen in Shoojit Sircar’s ‘Gulabo Sitabo’, alongside Amitabh Bachchan.

The film is written by Sumit Saxena, Vishal Wagh, Saurabh Bharat along with Kashyap.

Apart from this, Ayushmann, who was last seen in Gulabo Sitabo which co-featured Amitabh Bachchan, currently has two films lined up. He will be seen in “Chandigarh Kare Aashiqui” and “Anek.”

Also Read: After ‘Kabhi Kabhie’ and ‘Silsila’, Amitabh Bachchan to recite a poem for ‘Chehre’

(With Input from PTI)