DYK Sushant Singh Rajput was only actor in the world to be trained by NASA? 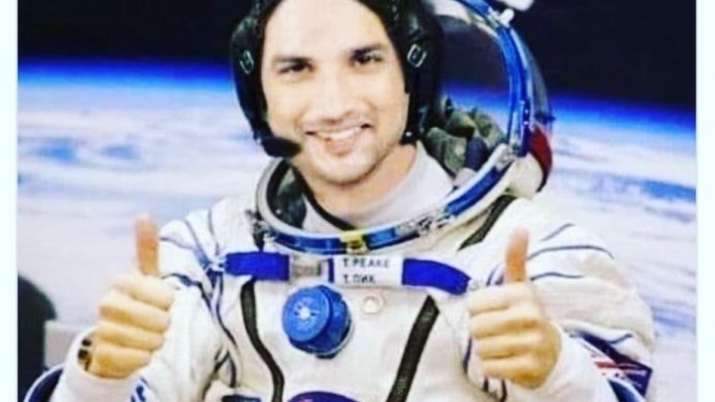 Late Bollywood actor Sushant Singh Rajput’s shocking demise shocked the world and has left a void in the lives of his family, fans, and friends that is difficult to fill. He left for his heavenly abode last year, and since then, his supporters have been trying to cope with his loss. On Monday, the late actor’s sister Shweta Singh Kirti took to her social media handle and called him her pride. The actor, who was set to appear as an astronaut for a movie titled ‘Chanda Mama Door Ke,’ visited the National Aeronautics and Space Administration (NASA) while preparing for the role.

Helmed by Sanjay Puran Singh, it was a sci-fi film. Preparing for the directorial, the actor got himself trained for the astronaut act in the film. While the film got shelved later, SSR wanted to go back and get a certified instructor’s course done.

Sharing the picture of Sushant from a fan’s tweet where he is seen in an astronaut uniform, Kirti wrote, “Our Sushant Our Pride.”

The tweet read: “The only actor in the world ever who actually got trained by NASA as Astronaut n even was set to go for 2024 Moon Mission! @itsSSR Our Sushant Our Pride!”

Meanwhile, Sushant Singh Rajput was found dead in his Bandra, Mumbai apartment on June 14, 2020. Early investigations by Mumbai Police concluded that Sushant died by suicide. The case is still under investigation by the Enforcement Directorate, Narcotics Control Bureau and Central Bureau of Investigation.

His last film was Dil Bechara that was released post his unfortunate demise. The film was an adaptation of John Green’s 2012 novel The Fault in Our Stars. The film stars Sushant Singh Rajput and Sanjana Sanghi as terminal cancer patients.

Azam Khan’s health deteriorates, to be shifted to hospital from Sitapur jail