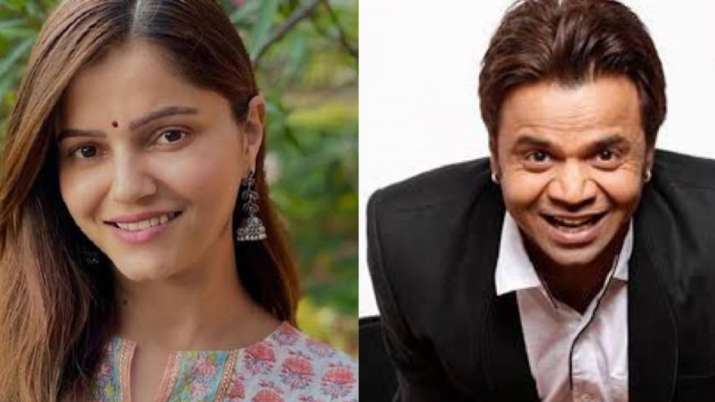 Actress and Bigg Boss 14 winner Rubina Dilaik is set to make her big-screen debut with the upcoming film “Ardh”. The project marks the directorial debut of music composer-singer Palaash Muchhal. It also features popular TV actor Hiten Tejwani and “Hungama 2” actor Rajpal Yadav. Muchhal took to Instagram and shared a collage of the actors along with the film announcement.

“Ardh” is scheduled to start filming in September. Not much is known about the feature film as of now.

Rubina made her television debut in 2008 with ‘Chotti Bahu’ and since then has been part of various shows like ‘Saas Bina Sasural’, ‘Punar Vivah’, ‘Jeannie Aur Juju’ and ‘Shakti – Astitva Ke Ehsaas Ki’. She has reprised her role of Saumya in the daily Show ‘Shakti’ after two years.

Recently, Rubina and her husband-actor Abhinav Shukla came together for a music video titled Marjaneya. Sung by Neha Kakkar, Marjaneya became an instant hit with the audience. Well, Rubina never fails to impress her fans with her looks and style. Undoubtedly, the actress manages to make heads turn with her stunning outfits and fashion statements.

Rubina Dilaik was once asked to play villain, Here’s how she reacted