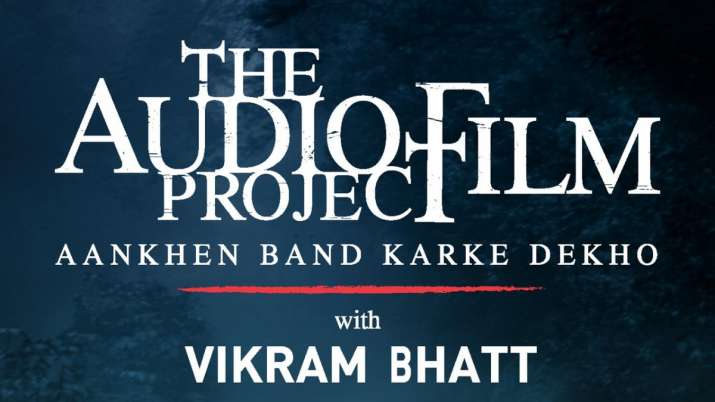 Imagine sitting back, closing your eyes and escaping into a world full of mysteries and terror. While horror and thriller films are always lapped up by fans, you can now get your fix of suspense and scares on radio too! The sultan of spooky cinema, Vikram Bhatt weaves his signature blend of terrifying chills and shocking thrills in “The Audio Film Project”.


Releasing on a leading radio channel, the collection of audio films will see Vikram narrate some tantalizing edge-of-the-seat stories. Featuring six chapters filled with sinister twists and turns, this will also mark the first time that an ace Bollywood director showcases an enticing assortment of tales on radio.

Excited on finding a new avenue to explore his two favourite genres, Vikram says, “The scariest thing in the world is the darkness that lurks inside a raw human mind. I can now transport the audience to a creepy and ominous land with just the power of sound. The horror genre is very dear to me. As a storyteller, bringing cinematic horror to an audio platform is a challenge as well as an adventure.”

The man behind blockbusters such as Ghulam and Raaz, he adds, “This is a very different space I am stepping into. I look forward to ushering my listeners through a rollercoaster of emotions, making them experience horror and thrills like never before!”

Speaking on the exciting collaboration, Nisha Narayanan, Director & COO, RED FM and Magic FM, said, “Audio is a personalised form of storytelling, and the tradition is ingrained in India’s fabric. It is also one of the most powerful content formats on radio. As a brand we have done multiple projects with the art of narration and received a lot of appreciation for the same.

Now, we bring to you ‘The Audio Film Project’ with one of the stalwarts of the Hindi film industry, Vikram Bhatt. He has built a legacy of films in the space of horror and thrillers and our listeners are in for a lot of thrill and spine chilling content. We truly hope this is the beginning of an evolution of new formats being experimented on FM radio and it’s here to stay.”

So, are you ready to take a sip of chilled fear? The Audio Film Project goes live from the 26th of July 2021.

CBSE Class 10 Result not to be announced tomorrow, board confirms. Check details