Ek Duaa trailer out: Esha Deol amplifies her voice to fight for the rights of her little daughter | WATCH 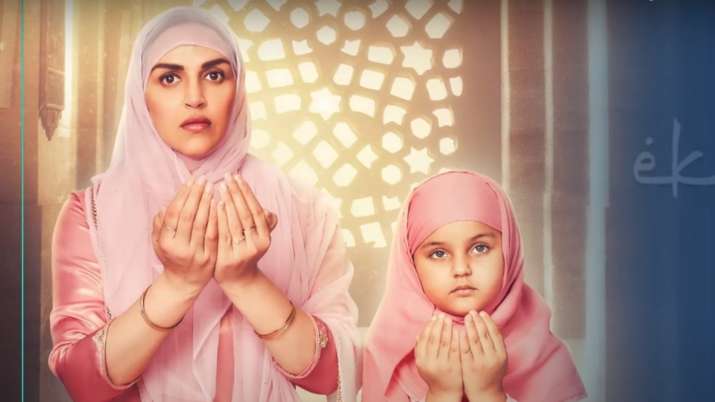 Bollywood actress Esha Deol who recently launched her production house titled Bharat Esha Films, is all set with their first film. On Monday, the actress took to social media and dropped the trailer of her production debut Ek Duaa. The film is directed by Ram Kamal Mukherjee who earlier directed the actress in the short film ‘Cakewalk’. The film stars Esha Deol in the lead role along with child actors Barbiee Sharma, Shreyansh Nick Nag and Rajveer Ankur Singh.

Sharing the trailer on Instagram, Esha Deol wrote: “Our film ‘Ek Duaa’ premieres on Monday 26th July 2021 on Voot Select. Do watch it and give us your love, good wishes, Duas and blessings.”

For the unversed, Ek Duaa is a story of a mother fighting for the rights of her little daughter in a conservative Muslim family. Ek Duaa will premiere on Voot Select on July 26.

A few days Esha had shared the first look poster of the film. Sharing it on her Instagram account the actress wrote, “Un’veiling’ the first look of our film ‘Ek Duaa’ under our banner Bharat Esha Films (BEF),”

In the poster, the actress and Barbiee Sharma can be seen praying to god.

Last week the actress had announced Bharat Esha Films, Esha Deol had written this in an Instagram post: “Overwhelmed to share with you all that under the banner of Bharat Esha Films (BEF) we are launching our first film as producers- ‘Ek Duaa.’ When I was approached with ‘Ek Duaa’ as an actress, I felt a deeper connect with the script. I just knew, I had to support the film, the cause, and would want to be associated with it as a producer too. It opened the doors for Bharat and me to start another innings as partners.”

Esha is married to Bharat Takhtani. She was last seen in the 2018 short film Cakewalk.

CBSE Class 10 Result not to be announced tomorrow, board confirms. Check details