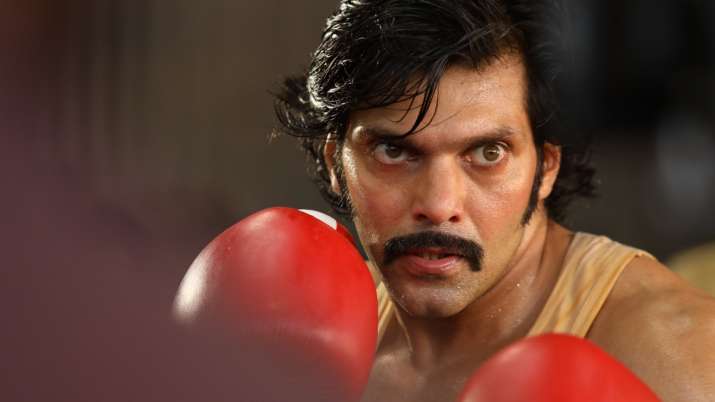 Ever since Amazon Prime Video released the trailer for its upcoming film Sarpatta Parambarai, the media has been abuzz about the major physical transformations that the actors went under for the film. Not only the actors but The Director, Pa. Ranjith also got trained for this project.  Known for his detailed precision, understanding the sport and aligning his vision to the film, Pa Ranjith started prepping up for the project six months prior by undergoing boxing training to understand the nuances of sport and make it look as realistic as possible.

On getting trained for the film, Pa Ranjith shared, “This film is very special to me as I had written this 10 years back and was waiting for the right time to take it ahead. I wanted the audience to get the authentic boxing of the 70s. Not only the era but how sport was placed at that time. To understand the technique and to form the boxer’s character, I decided to take boxing training and share my vision through the actors by sharing it with them. We all got trained at fisherman Island, followed a strict diet and stayed focused till we shot for the film. As a part of preparation, I went under six months of Boxing training, before starting the project to understand the sport and to put possible minor details to make it look real.”

To get the authentic 70s North Madras boxer look, the actors Arya, John Kokken and Shabeer Kallarakkal underwent rigorous training and diet. Arya to get into the role of Kabilan underwent 4 months of boxing training, which included boxing, cardio and weight training for six to seven hours each day along with a strict diet. To not lose the look of the film, Arya even continued his diet and training during the lockdown when shooting had to be stopped due to the pandemic.

On the other hand, his adversary Vembuli played by the supremely talented John Kokken also trained for four hours daily along with his regular workout which included a lot of high intensive functional and body weight training. In addition, other boxers in the movie Raman played by Santhosh Pratap and Dancing Rose played by Shabeer Kallarakal, who are trained martial artists too had to undergo special training as the techniques of boxing were quite different from that of other martial art forms.

Set in the 70s, Sarpatta Parambarai is not just a regular sports movie about boxing. It also showcases the culture, and lives of the boxing clans that existed in North Madras. At the centre of the story lies two rival clans – Sarpatta and Idiyappa, who are constantly locking horns in a duel for the pride of their respective clans. The film, with a backdrop of sports, illustrates the nuances of an era that was rife with cultural and societal changes.