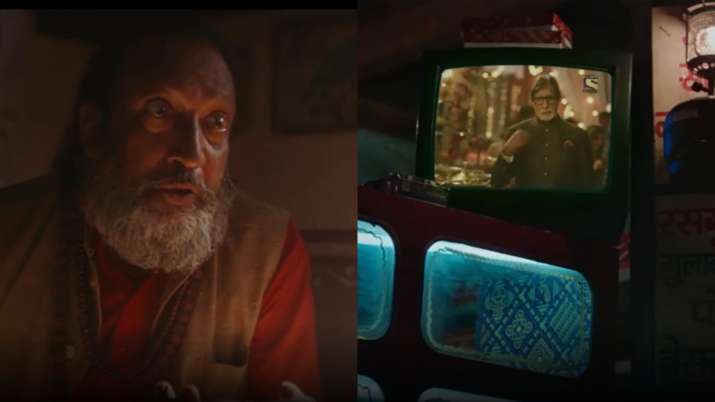 Quiz reality show Kaun Banega Crorepati 13 has been in talks ever since its inception. Hosted by megastar Amitabh Bachchan, the registration process of the show began sometime back and now the promo has also been shared. The first part of the promo was unveiled by the Bollywood superstar himself and seems quite funny. Taking to Instagram, Big B shared the video of the same and wrote, “Wapas aa  rahe  hain … KBC pe.” The video is set up in a village where everyone is asking the head as to when the school will open. He reveals that he is short of money and the administration is also not helping. The whole village thinks of a way and suddenly an ad of KBC flashes on screen.

Many try their luck in applying to the show but none other than a barber manages to grab a spot. Interestingly, the video of the promo ends there writing ‘To be continued.’ While many reports claim that the show will begin to air on August 23, no official announcement about the same has been made by the makers yet.

Meanwhile, check out the promo here:

It is being said that owing to the COVID pandemic, there were a lot of changes in the show. The show began in the year 2000 and has ever since seen a lot of hosts. In these 12 seasons, a lot of participants sat on the hot seat and tried their luck however there are only 8 contestants who were lucky enough to get a chance to become a ‘crorepati.’

It will surely be exciting to see what this season unfolds!

Coming back to the actor, he has a couple of projects in the pipeline including– Goodbye, Chehre, and Brahmastra. Apart from this, he even has Jhund in his kitty.