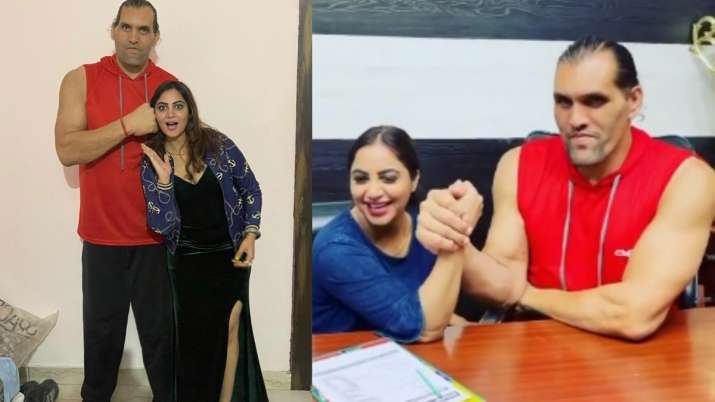 Actress Arshi Khan, who became popular on “Bigg Boss”, is keen on learning wrestling from The Great Khali. “Khali is my friend and he has inspired me to learn wrestling. Soon, I will start taking classes from him and then professionally get into the sports. I am excited and looking forward to it,” said Arshi.

About her wrestling plans, she adds: “After being an entertainer I now want to be part of sports, too. It will be like achieving another level of success. But that doesn’t mean I will quit entertaining my audiences. I will be performing and enjoying both arts. Right now, I am trying to adjust the two in my life.”

Earlier, Arshi had gone to Himachal Pradesh to mourn the demise of Khali’s mother Tandi Devi’s demise. Talking to ETimes she said, “Khali is a good friend. My friendship is for lifetime. I want to share his loss and wanted to be with him.”

Arshi often takes to Instagram and share pictures with the wrestler. “Woow what a Wrestler @thegreatkhali,” she wrote in the caption.

Talking about her show she said in the interview with ETimes, “I want to invite khali to help me find a powerful man like him. I know he can choose a right one for me.”

The shoot of the reality show will commence soon. Arshi has been looking for love and it will be interesting to see if she finds her man on a reality show.