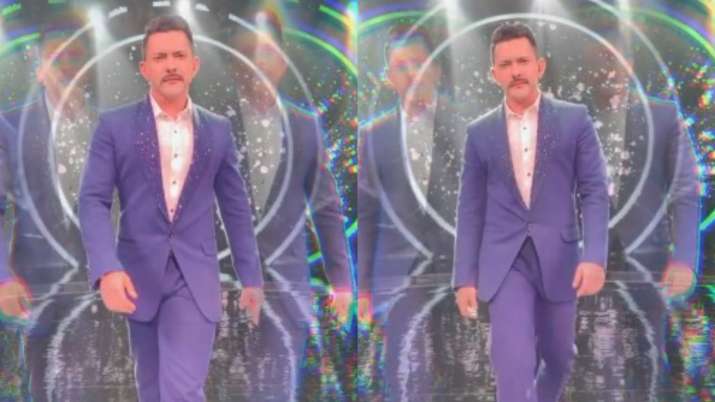 Indian Idol 12 host Aditya Narayan has reached another milestone ahead of the singing reality show’s finale in August. Aditya took to his Instagram account and shared that he is shooting for his 70th episode of the show. He also revealed that he has broken the record of shooting for the longest-running TV reality show in the history of Indian television.

To mark it special, he posted a video of him walking on the Indian Idol 12 stage like a star.“Shooting the 70th episode of #IndianIdol today & beating my previous record for the longest-running reality show in the history of Indian Television.#NoCompetition,”he wrote in the caption.

Meanwhile, Aditya keeps sharing behind-the-scenes (BTS) pics from Indian Idol 12 sets. A few days back, he posted a video with the boys of the reality show acing an Instagram trend and a picture with the show’s current Sonu Kakkar. Check out some more Indian Idol 12 BTS pics shared by Aditya:

Aditya has earlier also been a part of many reality shows like Sa Re Ga Ma Pa, Rising Stars among a few other singing reality shows.