Splitsvilla X3: Kat-Kevin, Nikhil-Pallak end their relationships in real-life for THIS reason 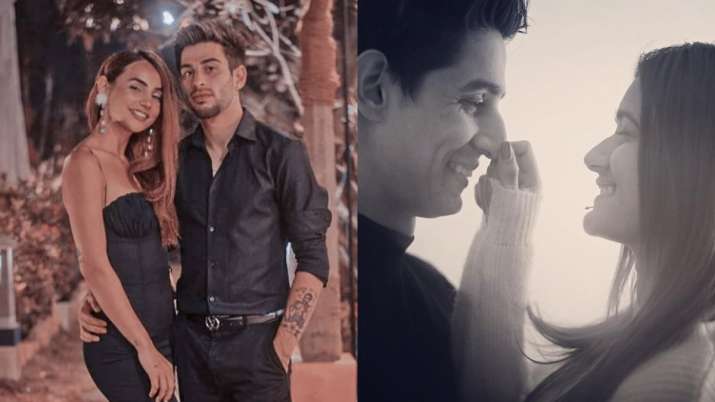 The ongoing dating reality show Splitsvilla X3 hosted by Sunny Leone and Rannvijay Singha has already been a topic of discussion amongst its young fan following. Be it the dome session or the chemistry between various couple contestants, the show season after season has gained huge popularity. Fans wish to know about each and every minor detail be it on or of the screen. Well, the latest update might not uplift your spirits! The latest buzz states that two couples of the show namely Kat Kristian-Kevin Almasifar and Nikhil Malik-Pallak Yadav have called it quit in their real life. Yes, that’s true. The two duos opened up about the reason for their splitsville on their respective social media handles and this has come as a shocker for everyone.

Coming to Kat and Kevin, the two were the dating show’s first ideal match and have to date been impressing everyone with not just their bond but also their performances in various tasks. For quite a few days, the two have been sharing cryptic posts on Instagram. And now it has become clear through their stories that they have gone their separate ways. The reason behind the fact is being stated cheating by both of them. Kat on Monday shared a post reading, “Some people hate you because of the way other people love you.”

While Kevin’s post read, “Let me tell you something you already know. The world ain’t all sunshine and rainbows. It’s a very mean and nasty place and I don’t care how tough you are it will beat you to your knees and keep you there permanently if you let it. You, me, or nobody is gonna hit as hard as life. But it ain’t about how hard ya hit. It’s about how hard you can get hit and keep moving forward. How much you can take and keep moving forward. That’s how winning is done!”

Kevin, a few days back, shared another post that hints about Kat bringing up her ex in between. The Instagram post read, “Anushka and I go WAAAAY BACK.

Kat said a lot of shit about her that’s not true. She was never a bad company for me. We were just BAD together. I made mistakes and she made mistakes too. But she always pushed me to do better, she never pulled me down or forced me to do stuff I don’t wanna do. Whatever personal problems we had weren’t for the WORLD to see. However, the entire city knew about us ever since we were kids even before we were famous. But only a few people know what our life was like. How it changed.. I’ve called our relationship toxic cause it was but she was NEVER bad for me. I’ll always be grateful for this girl, if it wasn’t for her I wouldn’t be who I am today. Our relationship was toxic but she was never the toxic one.”

Coming back to Nikhil and Palak, the two despite the fact that did not became the ideal match won fans over with their cute chemistry throughout. The two of have them have called it quits when things started going downhill in real life. The confirmation of the same was given by Nikhil during his live chat as he said that they aren’t together anymore because they were unable to figure out and work upon a few things. Even Palak shared an update on her story. Check it out here: 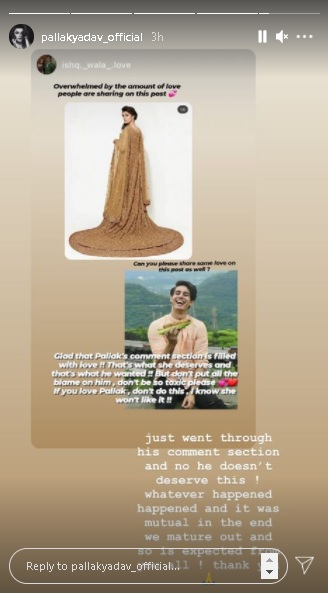 Speaking about the show, it witnessed the elimination of Gary and Avantika who were dumped by their respective best friends Kat and Kevin.

No evidence that Afghan ambassador’s daughter was kidnapped: Pak police