Farhan Akhtar went from 69 to 85 kg for Toofaan, shares glimpse of his incredible physical transformation 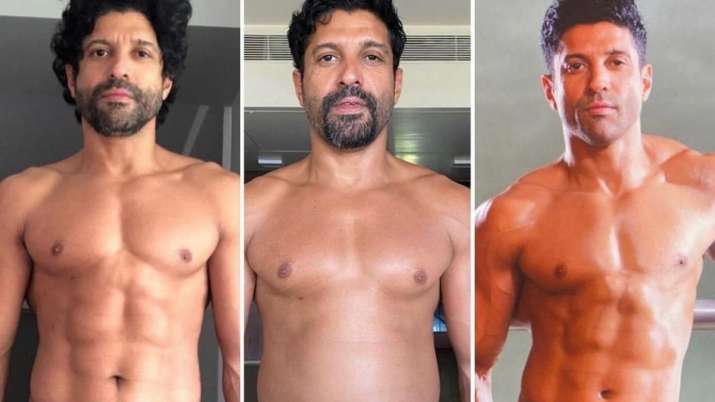 Actor Farhan Akhtar, who is being lauded for his role of a boxer in the recently released ‘Toofaan,’ gave a glimpse of the hard work and dedication that went into creating his onscreen persona. The actor gained 15 kilos for his character of Aziz Ali AKA Ajju Bhai and went on to lose nearly 10 kilos to essay the incredible ‘Toofaan’. Taking to Instagram, Farhan posted a collage featuring his transformation journey for the film. Hrithik Roshan, Siddhant Chaturvedi, among others, appreciated Farhan for his efforts.

The three picture collage shows — first weighed 69 kg, second when he was 85 kg and third from the time when he reduced his weight to 76 kg. “The many shapes and sizes of Ajju aka Aziz aka Toofaan.What a ride. 18 months of relentless work but worth every drop of sweat, every sore muscle and every pound gained and lost,” he captioned the post.

Amazon Prime Video’s latest release Toofaan has been the talk of the town since its release. The film starring Farhan, Mrunal Thakur and Paresh Rawal in lead roles has created a storm among viewers across the globe. Directed by Rakeysh Om Prakash Mehra, ‘Toofaan’ revolves around the journey of a local goon, Ajju Bhai (Farhan) becoming a professional boxer, Aziz Ali.

Talking about the preparations Farhan Akhtar had to do for the role, his coach Drew Neal said, “Farhan was training two hours every single day. The speed that he was learning at was probably four-folds of what a normal beginner boxer would actually take. So, instead of one year’s training, he was hitting more like four years’ training.” Farhan was initially trained by Drew and then was handed over to Darrell for the training camp, and post that the shoot began in August 2019.

Supreme Court satisfied with UP govt’s reply on Kanwar yatra