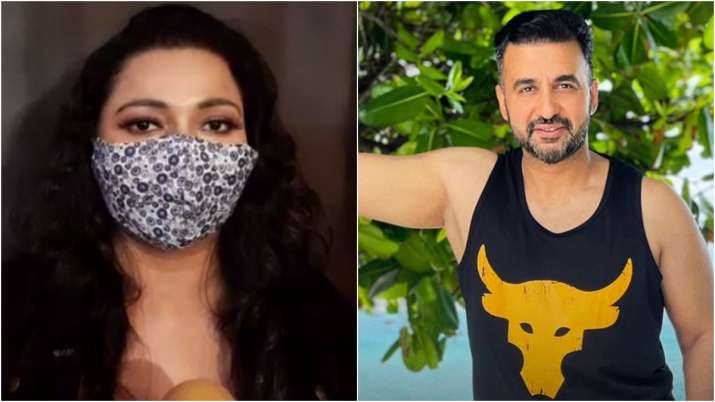 Actress Shilpa Shetty’s husband and businessman Raj Kundra was arrested by Mumbai Police on Monday after his name came up in the alleged involvement in creating and publishing pornographic films via apps. Soon after his arrest, an undated interview of actress and model Sagarika Shona Suman has re-surfaced on the Internet wherein she claims that in august 2020 Kundra offered her a role in a web series.

Leveling some serious accusations, Sagarika alleges that she was asked to give a virtual audition over a video call where three people demanded a nude audition from her. In an undated interview, she claims one of these three was Kundra.

“I am a model and I am working in the industry for 3-4 years. I have not done a lot of work. During the lockdown, certain things happened that I want to share. In August 2020, I got a call from Umesh Kamat ji who offered me a web series owned and produced by Raj Kundra. I asked him about Raj Kundra and he told me he is Shilpa Shetty’s husband,” the actress says.

“He told me if I joined (the web series), I would continue to get work and I would reach great heights. So I agreed and then he told me to audition. I told him it’s COVID so how will I give the audition. So he said you can do it via video call. When I joined the video call, he demanded that I give a nude audition. I was shocked and I refused,” Sagarika claimed alleging, “The video call had three people- one of whom had their face covered and one of them was Raj Kundra I think. I want that if he is involved in such things, he is arrested and such a racket is exposed.”

Delhi: ‘One Nation One Ration Card’ Scheme To Be Implemented Through E-PoS Machine