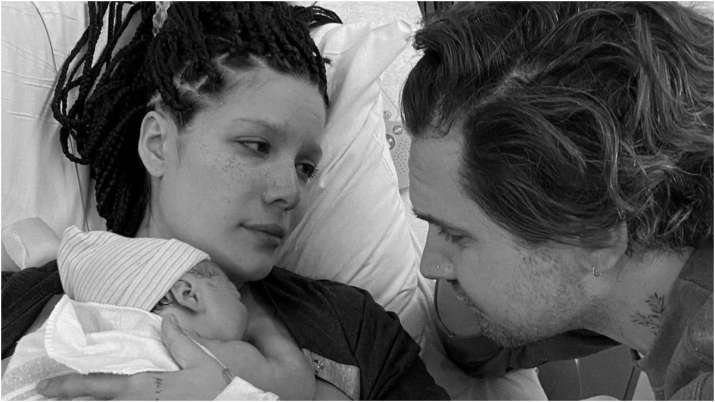 American singer Halsey and her boyfriend Alev Aydin have welcomed their first child together. The “Without Me” star announced on Instagram on Monday that her baby was born last week and has been named Ender Ridley Aydin. Halsey, however, did not reveal the gender of the newborn.

“Gratitude. For the most ‘rare’ and euphoric birth. Powered by love,” the 26-year-old singer wrote alongside black-and-white photos of her holding the baby next to Aydin.

Halsey had announced her pregnancy back in January.

Halsey posted three pictures on Instagram, where she is seen flaunting her baby bump. In the first picture she is seen wearing a multi-coloured crochet bralette paired with denims. In the other pictures she just wears her denim.

The singer captioned the images as “Surprise” with a milk bottle, rainbow and baby face emojis.

The singer previously suffered a miscarriage and she had opened up about it during an interview with The Guardian in February 2020.

“Here I am achieving this out-of-control life, and I can’t do the one thing I’m biologically put on this earth to do. Then I have to go onstage and be this sex symbol of femininity and empowerment? It is demoralising,” Halsey had said.