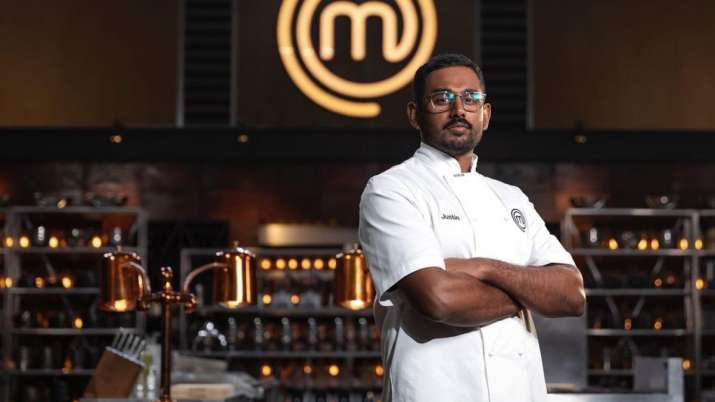 Within days of winning the cooking reality show “MasterChef Australia” season 13, Justin Narayan married his girlfriend of two years, Esther Smoothy. Narayan was declared winner of the show during its filming back in May and the 27-year-old youth pastor married Smoothy just days after the taping, reports dailymail.co.uk. According to the magazine Woman’s Day, Narayan exchanged vows with Esther in Perth.

Narayan branded the event above his win, calling it “the best day of my entire life”.

In an interview with the magazine, Narayan shared that the couple wanted children “straight away” and that with his $250,000 prize money from the show he planned to buy property. This comes after he initially said in an interview with news.com that he was looking to invest his cash after he updated his kitchen at home.

“I need to get some more work done in the kitchen and go from there. I’ll try and make some smart investments, and I’ll start to create some online content. But I need experience in the kitchen to work towards opening up my own place,” he said at that time.

Narayan said he wasn’t in a rush to open his own restaurants, adding that the idea was “on the cards for sure”.

“I feel incredibly honoured and humbled to have that title and to be able to win this competition,’ the stunned cook said on the night. I’m genuinely going to take a week to process this and let it sink in, and then I’ll, like, write you an email, let you know how I feel,” he said, congratulating Chowdhury and Campbell. He also thanked his parents.

The winner needed to be reminded by judge Jock Zonfrillo to thank his fiancée, who was standing right beside him during the finale.

“You are so incredibly beautiful, and I love you very much, and I’m sorry for not planning the wedding for the last six months, but I think I can pay for it now,” he quipped.

Huge Surge In Price Of Poultry Products, Know The Reason