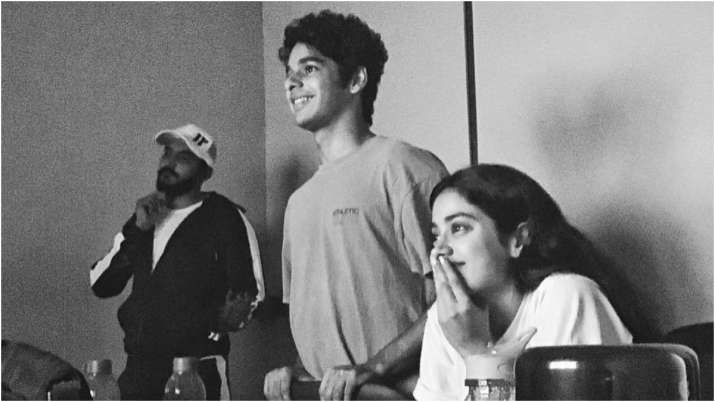 Actors Janhvi Kapoor and Ishaan Khatter along with director Shashank Khaitan on Tuesday clocked three years of their romantic-drama “Dhadak”. The film was the remake of the 2016 Marathi blockbuster “Sairat”, a love story between an upper-caste girl, Archana (Rinku Rajguru) and a fisherman’s son, Prashant (Akash Thosar).

The Hindi version marked Bollywood debut of Kapoor, daughter of late actor Sridevi and Boney Kapoor, while it was Khatter”s second film after Majid Majidi-directed drama “Beyond the Clouds”. Kapoor, 24, shared photographs from the sets and said the film will always hold a special place in her heart.

“#Dhadak Always special. For the people, the memories, the lessons and all of the love,” she wrote.

Khatter, 25, too shared behind-the-scenes pictures from the film and wrote, “3 years of dhadak!!! Will remain a special one for all of us who worked on it.. And to the fans, thank you for all the love that pours in still for the film, I see you all.”

The movie, which opened countrywide in 2018, grossed over Rs 110 crore worldwide.

“#dhadak…Its already been 3 years…Feels like yesterday…Had the pleasure of working with two talents, who I love a lot and am tremendously proud of Janhvi and Ishaan, I see you guys growing everyday as actors and as people,” he wrote.

Johar”s banner too shared a short video clip from the film on social media and wrote, “The colourful love of these beating hearts can never fade off! #3YearsOfDhadak.”

Punjab schools to reopen for classes 10, 11 and 12 from THIS date. Check details

‘Schools Should Reopen In Stages’: AIIMS Director Amid Fears Over Third Covid Wave