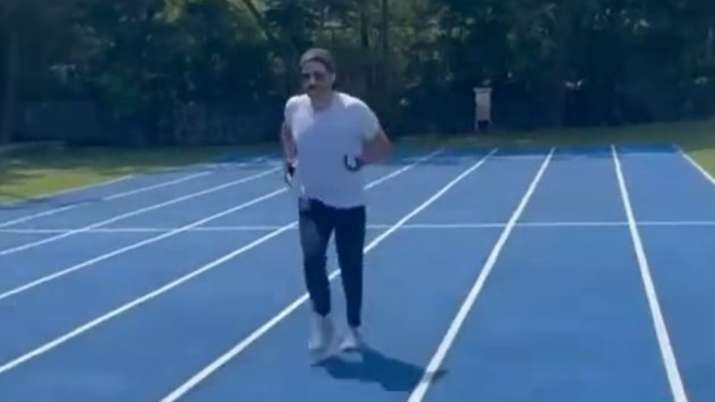 Bollywood actor Anil Kapoor, on Tuesday, cheered the country’s contingent for the upcoming Olympics by sharing a video of him doing a sprint out on the tracks. The ‘Race 3’ actor took to his Instagram handle and posted a video in which he could be seen doing a run-up on tracks, along with his instructor, who also filmed the video while motivating him.

Anil cheered the Indian athletes, who are in Tokyo for the Olympics event, by writing, “Sprinting back into action! #literally. So happy to be on the tracks again! Inspired by our Indian athletes in Tokyo who are making the whole country proud!#Cheer4India #Olympcis2021.”

The Tokyo Olympics will commence on July 23 and will run up to August 8 this year. The event was slated to be held last year but was postponed due to the COVID-19 pandemic.

Meanwhile, on the film front, Anil was last seen in Anurag Kashyap’s ‘AK Vs AK’, which streamed on Netflix. The comedy thriller also featured his daughter Sonam Kapoor. He will be next seen in Raj Mehta’s directorial ‘Jug Jugg Jeeyo’ along with Varun Dhawan, Kiara Advani, and Neetu Singh in the lead roles.

Besides this, Anil will also be starring in Sandeep Reddy Vanga’s ‘ANIMAL’ along with Ranbir Kapoor, Parineeti Chopra and Bobby Deol.