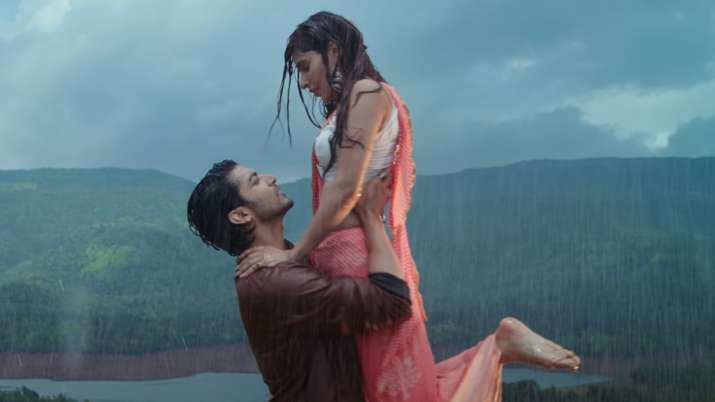 Jubin Nautiyal’s latest romantic single “Barsaat ki dhun” featuring Gurmeet Choudhary and Karishma Sharma was released on Tuesday. The song, inspired by the romantic Kumar Sanu number from the 1993 film “Sir”, has been written by Rashmi Virag and composed by Rochak Kohli. “Barsaat ki dhun is the kind of track you can listen to while you enjoy your cup of coffee or driving in the car. Everything from its lyrics, melody, to the music video is guaranteed to make you nostalgic and leave you with a sense of warmth and love,” Jubin said.

Over the years, we have seen many love stories unfold on-screen that left a mark in everyone’s hearts. In Barsaat Ki Dhun directed by Ashish Panda, Gurmeet Choudhary and Karishma Sharma recreate some iconic love story poses that pay tribute to classic romantic films like Romeo and Juliet, Awaara, Dilwale Dulhania Le Jayenge, The Notebook, Aashiqui 2.

“This is my second collaboration with Jubin after ‘Bedardi se pyaar ka’ and I thoroughly enjoyed shooting the music video, which beautifully captures the essence of the monsoon season. I hope audiences enjoy ‘Barsaat ki dhun’ as much as they did our first track,” shared Gurmeet.

“The sets of ‘Barsaat ki dhun’ had such a classic, old-world charm. You can never go wrong with Jubin Nautiyal’s voice. Gurmeet and I worked hard to do justice to this beautiful song. I’m confident audiences will love it,” added Karishma.

The song is out now on T-Series’ YouTube channel.

Bengal has no plans to open schools now, says official