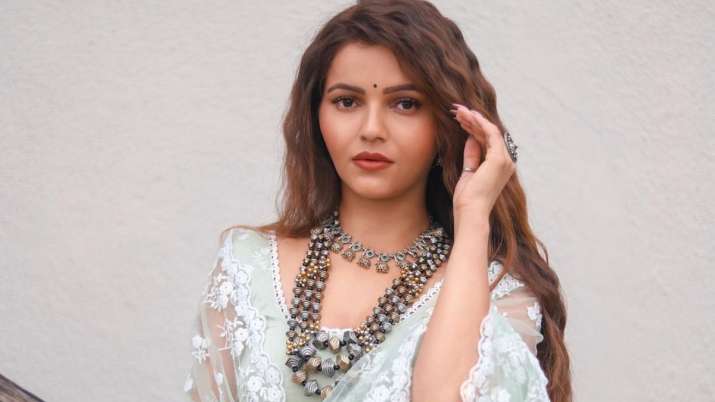 Actress and Bigg Boss 14 winner Rubina Dilaik is set to make her big-screen debut with the upcoming film “Ardh”. The project marks the directorial debut of music composer-singer Palaash Muchhal. It also features popular TV actor Hiten Tejwani and “Hungama 2” actor Rajpal Yadav. Ardh will go on floors in September. Well, the actress who enjoys a massive fan following defeated 50 girls in the look test to bag the position in the film.

Speaking to ETimes, Palaash said, “We will be shooting ‘Ardh’ over a period of two months. It will be shot on real locales and not on set. That’s largely because the film is based on a real-life story. Actually, it’s a story that may have happened in the lives of other people too”.

Talking about Rubina’s selection, Palash said that her character of Radhika in ‘Chhoti Bahu’ tilted the scales in her favour, beating no less than 50 others who aspired for the same.

“Besides, she came across very good in her look test. About 50 girls had undergone the look test before her. I didn’t audition her; I don’t audition female actors. Also, I must say that I recollected Rubina’s part in ‘Choti Bahu’ and decided on her after drawing inferences from it. Yes, I had seen her in ‘Bigg Boss 14’ too but didn’t see that show much, but many of my family members were avid watchers of it,” he said.

Detailing on the film, Palash revealed, “It’s a story of a man who comes to Mumbai to become an actor. That role is played by Rajpal Yadav.” He added that Rubina will support Rajpal, she isn’t romantically linked with him. As for Hiten, he will play Rajpal’s best friend.

For the unversed, Rubina made her television debut in 2008 with ‘Chotti Bahu’ and since then has been part of various shows like ‘Saas Bina Sasural’, ‘Punar Vivah’, ‘Jeannie Aur Juju’ and ‘Shakti – Astitva Ke Ehsaas Ki’. She has reprised her role of Saumya in the daily Show ‘Shakti’ after two years.

Recently, Rubina and her husband-actor Abhinav Shukla came together for a music video titled Marjaneya. Sung by Neha Kakkar, Marjaneya became an instant hit with the audience.

Also Read: Aditya Narayan to quit hosting TV shows, says ‘2022 will be my final year as a host’