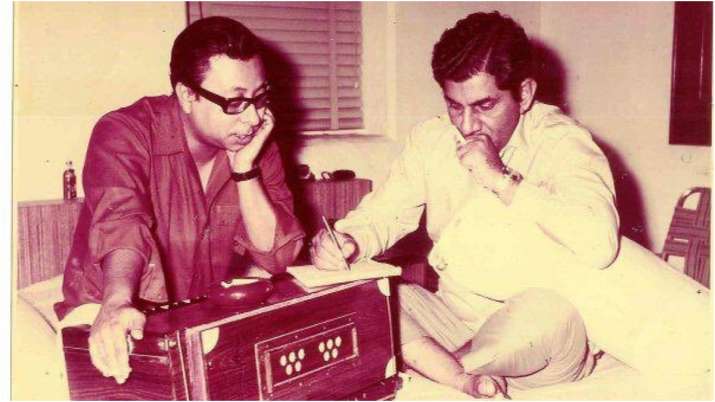 Bollywood veteran Anand Bakshi is a famous poet and lyricist, who gave penned many memorable and beautiful songs. He stepped into the industry to become a popular name in writing and singing but fate led him to be one of the most renowned lyricists of the industry. Not many know that Bakshi is the only lyricist who has worked both in the navy and the army. In 1956, Bakshi left his job and decided to make writing his full-time career.

Bakshi got his first break in Brij Mohan’s film Bhalaa Aadmi in which he penned four songs. He rose to fame with Mehendi Lagi Mere Haath. In his long career, Bakshi was widely associated with renowned music composers such as Laxmikant–Pyarelal, R D Burman, Kalyanji Anandji, SD Burman, Anu Malik, Rajesh Roshan and Anand-Milind among others.

His songs have been sung by the top singers such as Shamshad Begum, Ila Arun, Khursheed Bawra, Amirbai Karnataki, Sudha Malhotra and more. He is known to have worked with more than one generation of music composers. His last composition was in 2002 film Mehbooba (released after his death). He breathed his last on 30 March 2002 at 71.

He wrote the first recorded songs of many first-time male and female leads who went on to become stars, and also of singers such as Shailendra Singh, Kumar Sanu, Kavita Krishnamurthy and many more.

Bakshi’s songs were not heavy on heads. He never chose difficult words or heavy Urdu erudition but he picked words from the dictionary of the common man. He had the talent of connecting well with the audiences. Even though Bakshi was a man behind the camera his popularity rose with every song. On his birth anniversary, here are the most melodious songs by music maestro: