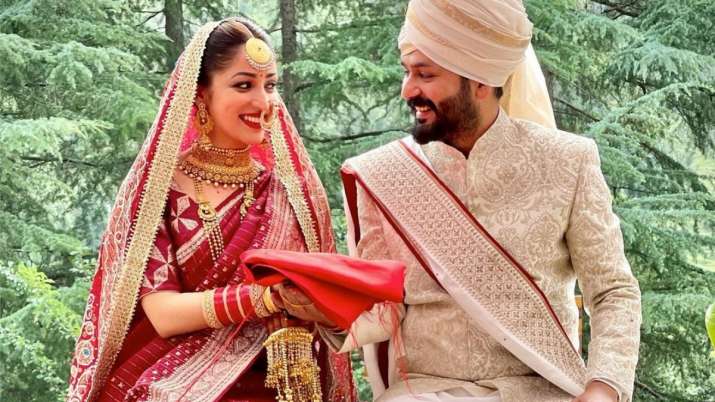 Bollywood actress Yami Gautam recently tied the knot with director Aditya Dhar. The duo got married on June 4 in Himachal Pradesh. Their wedding was a hush-hush affair and was attended by their close family members. Yami and Aditya had worked together in the 2019 film Uri: The Surgical Strike, also starring Vicky Kaushal. In a recent interview, the actress talked about her love story with Aditya and why they opted for a simple wedding.

Aditya Dhar made his directorial debut with ‘Uri: The Surgical Strike’. He won the 66th National Film Awards in 2019 for directing the film. But the film remains special to Yami and Aditya for another reason – their love blossomed during the promotions of Uri.

In an interview with HT, Yami said, “I’d say the start was during the promotion of Uri: The Surgical Strike (2019). That’s when we started talking. I wouldn’t call it dating. But yeah, that was a time when we started interacting with each other and started a friendship.”

Soon after Yami and Aditya announced their wedding, unseen pictures from their private ceremony went viral on the internet. The actress was flooded with praise and compliments from her fans for the traditional, and simple approach she took. “The more I attended big weddings, I knew I didn’t want that. Of course, we don’t know the meaning of marriage early on, but going by my understanding and experience of attending weddings, I was sure about what I didn’t want. I am fortunate that both Aditya and I shared this thought,” she told ETimes.

“We both are averse to the wastage that happens in weddings — food, flower decorations and so many other things. Also, it’s so difficult to make everyone happy, so why not get married among those who actually care about you. The focus was solely on the ceremony and not us trying to please anyone,” Yami Gautam added.

Yami and Aditya got married to each other on June 4 in a private ceremony. On the work front, Yami has “Dasvi”, “A Thursday”, and “Bhoot Police” coming up, besides a few yet-to-be announced ventures.

At least 30 died in Andhra due to lack of oxygen: TDP disputes Centre’s statement on COVID-19 fatalities