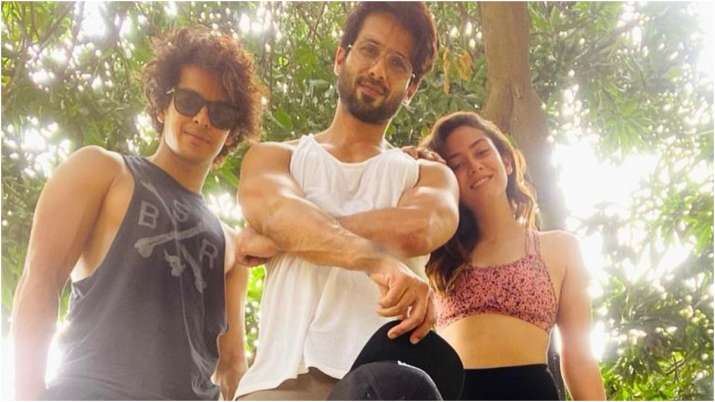 Mira Kapoor, wife of Bollywood actor Shahid Kapoor gave her fans a sneak peek into the lives of the Kapoors on a casual evening. She took to social media and shared a glimpse of a family get-together, where she and her mother-in-law Neliima Azeem are seen complaining that Shahid wasn’t paying enough attention, even as the actor is busy looking at his phone. Ishaan Khatter too features in the video. Neliima’s younger son is seen shooting the video on his phone as he flashes a broad smile when the camera is turned to him.

In the video, Neliima is heard saying, “You didn’t hear it in context Sasha, because when you guys are on the phone you don’t hear anything on context.” “You have to listen to us with your eyes Sasha,” Mira added to the conversation. Shahid Kapoor’s family fondly calls him “Sasha”.

“#HomeVideos Put down your phones. Also @ishaankhatter literally documenting our lives even while we sleep #familia #bts #that70sshow,” wrote Mira sharing the video. Watch it here:

“What I am also enjoying is learning new recipes, cooking food, teaching the kids how to cycle and watching movies/series with Shahid, and also catching up with relatives,” she added.