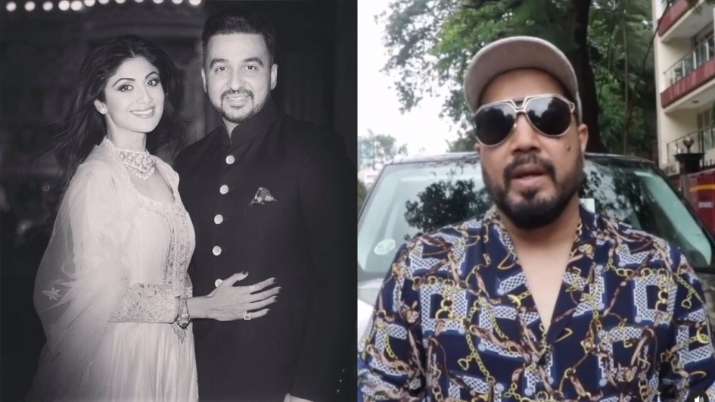 Referring to the businessman as a nice guy, Mika said, “Main toh wait hi kar raha hoon ke kya hoga. Let’s see. Jo bhi hoga acha hoga, mujhe itna knowledge nahi hai unke app ke baare mein. Maine ek app dekhi thi, wo simple app thi. Zyada kuch tha nahi uske andar so let’s hope for the best (I am waiting to see what happens. I don’t have much knowledge about his app but I have seen one of his apps and it was a simple one).”  Gandi Baat actress Gehana Vasisth backs Raj Kundra after arrest, says ‘We did not make porn’

Reportedly, Ripu Sudan Balkrishna Kundra alias Raj Kundra had sold the app in question to a UK-based company Kenrin Pvt Ltd which was owned by his brother-in-law Pradeep Bakshi.

The police have gathered evidence that establishes connections between the two business entities, the officer said. They have found their WhatsApp groups, e-mail exchanges, accounting details and some pron films after a search of Kundra’s Mumbai office, Bharambe said.