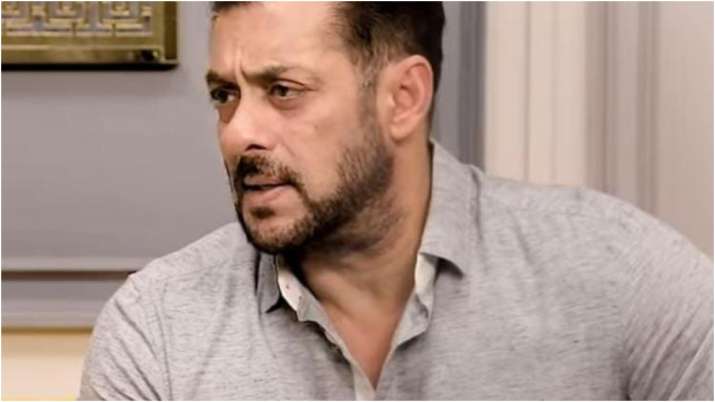 Arbaaz Khan’s show Pinch is back with Season 2. The guest of the first episode of Season 2 is none other than superstar Salman Khan who is also Arbaaz’s elder brother. In this show, Salman is seen giving befitting replies to the users trolling him online. From his farmhouse to his family, the actor minces no words when comes to facing the trolls and answering them.

A  social media user trolled the actor writing, “Don’t be the god of the people, be a human being, be like a human.” To this Salman says, “God is only one, and he is not me. I am neither a god nor do I want to be. They have a misunderstanding, I don’t think so.”

Another troll wrote – “you have settled well by stealing from us.” On this, Salman responds by saying, “I have not stolen, I do acting and you like my film and if you see it, then you will go with the ticket, then it will take money, money is not stolen, heart definitely has stolen.”

a user also accused also the actor saying he considers his family to be family, but nothing about others. On this, Salman says that he does a lot not only for his family but also for others too, something which the troll is not aware. We are living on the land as we pay EMI, so what rent and EMI are we paying for that.

Many also trolled Salman for his farmhouse. One said that there is such a big farmhouse, declare it as a district. To this Salman Khan replied that our family is so big, of 250 people with friends are close relatives.

One said that it is a den of debauchery, to this a surprised Salman asks what the user saw because in all his posts during the lockdown, he is either exercising or farming. He jokes that he cannot anything wrong, otherwise his father will shoot him.

One wrote that Salman Khan has a wife named Noor in Dubai and a 17-year-old daughter. On this, Salman said that these rumours are nonsense, such people are not even entitled to answer. “I have been living in Galaxy Apartments since I was 9 years old. The whole country knows this,” he said.

At the same time, one trolled Arbaaz Khan that Salman is older than him, yet he calls him by name. On this, Arbaaz said that there is a difference of only 2 years, Salman corrected and said that only one and a half years. Arbaaz Khan said he has always been calling him Salman.