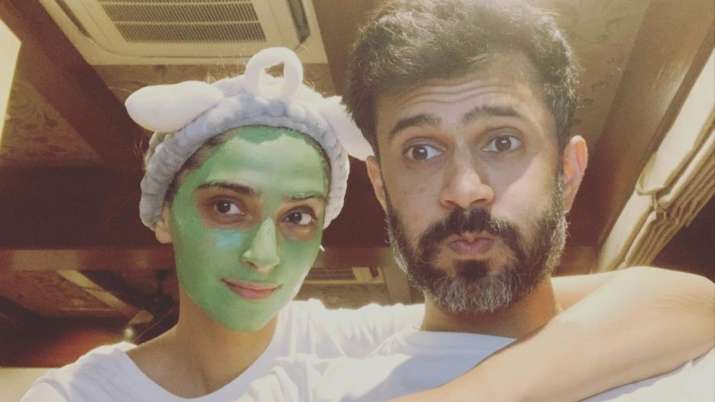 Bollywood actress Sonam Kapoor recently returned to India from London where she was living with her husband Anand Ahuja. She was a few days back spotted at the airport where she was received by none other than her dear father Anil Kapoor. As soon as she saw her daddy she got emotional as the two shared a warm hug on seeing each other after a long time. In one of the clips, Sonam was also heard saying, ‘hi dad’ and then broke down as she walked to their car. Well, not just this but also another thing that caught everyone’s attention was Sonam’s belly and soon rumours of her being pregnant started doing rounds on the internet. Not only this but she was at another moment spotted in the city and fans claimed that her baby bump is quite visible in the same.

Well now, the actress has finally managed to give attention to the same not directly but through her latest Instagram post. Taking to the photo-sharing application, the ‘Delhi 6’ star shared a boomerang of herself in which she was seen sipping a hot drink. Not only this, but she also wrote in the caption, “Hot water bottle and ginger tea for first day of my period…”

Have a look at the same here: 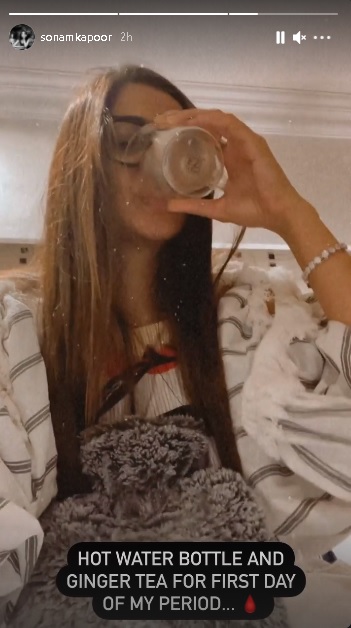 Meanwhile, check out some adorable pictures of the couple here:

Sonam recently took to social media to share Rakeysh Omprakash Mehra’s book’s first look and also shared a throwback picture with Rakeysh. Sonam captioned the post, “#FIRSTLOOK. Mehra is a great mentor for any actor in the industry. To see his zeal and vision translate onto the screen is truly magical! He’s now sharing his vision and journey with everyone through #TheStrangerInTheMirror. Here’s the first look of @rakeyshommehra’s autobiography. Releasing on 27th July, 2021.”

On the professional front, Sonam was last seen in ‘The Zoya Factor’, opposite Dulquer Salmaan, which released in 2019. She also featured in Anurag Kashyap’s ‘AK Vs AK’, which starred Anil Kapoor in the lead role. She will now appear in the movie ‘Blind’.

‘Pandemic could have been under control by now, if…’: WHO