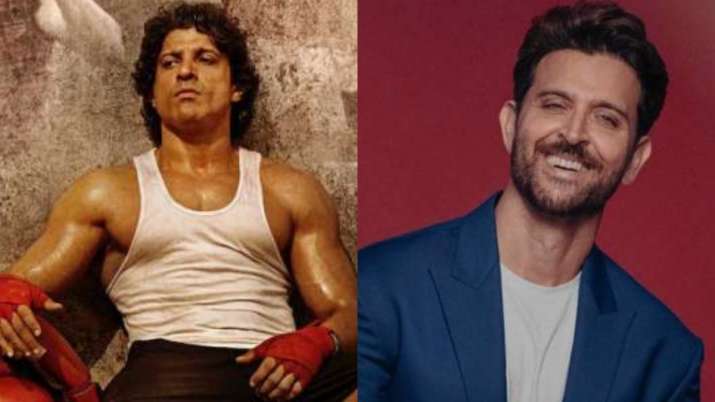 Bollywood actor Farhan Akhtar is being lauded for his role of a boxer in the recently released ‘Toofaan.’ The film has been the talk of the town since its release. Starring Farhan Akhtar, Mrunal Thakur and Paresh Rawal in lead roles, Toofaan has created a storm among viewers across the globe. Adding to the positive reactions around the movie, actor Hrithik Roshan heaped praises for his Zindagi Na Milegi Dobara co-star.

Not just him, the Super 30 actor also lauded Mrunal Thakur’s performance in the film. “As always your work hits the heart every time. @mrunalthakur loved you in toofan!” the actor wrote along with a heart emoticon. 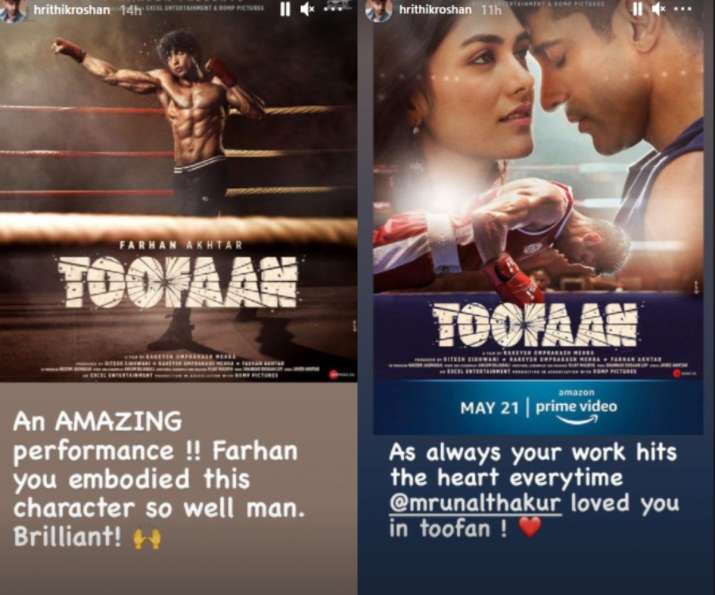 Meanwhile, Farhan who has been actively sharing his transformation journey throughout the shooting process, recently gave a glimpse of the hard work and dedication that went into creating his onscreen persona. The actor gained 15 kilos for his character of Aziz Ali AKA Ajju Bhai and went on to lose nearly 10 kilos to essay the incredible ‘Toofaan’. Taking to Instagram, Farhan posted a collage featuring his transformation journey for the film.

Alongside the post he shared on Instagram, Farhan wrote in the caption, “The many shapes and sizes of Ajju aka Aziz aka Toofaan. What a ride. 18 months of relentless work but worth every drop of sweat, every sore muscle and every pound gained and lost. The stars behind the scenes – @samir_jaura @drewnealpt @anand.physio.”

Amazon Prime Video’s latest release Toofaan has been the talk of the town since its release. The film starring Farhan, Mrunal Thakur and Paresh Rawal in lead roles has created a storm among viewers across the globe. Directed by Rakeysh Om Prakash Mehra, ‘Toofaan’ revolves around the journey of a local goon, Ajju Bhai (Farhan) becoming a professional boxer, Aziz Ali.