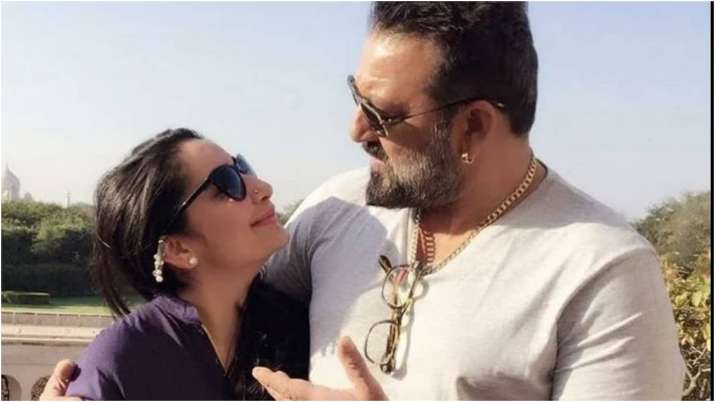 Bollywood actor Sanjay Dutt, on Thursday, took to social media to share a heartfelt birthday post for wife Maanyata Dutt. He posted a video with adorable photos of the couple as they share some moments. Adding a more personal touch to it, the actor used the song, ‘Meri Duniya Hai’ from his film Vaastav. Along with the video, he penned down a touching note and called Maanyata the ‘backbone’ of their family.

“You are the backbone of our family and the light of my life. Words fail to express all that you mean to me but you know it all too well. Thank you for always being there and being you. Happy Birthday Mom,” he wrote. Maanyata was quick to react to the post. she dropped heart emojis in the comment section. Take a look:

Meanwhile, Sanjay Dutt and Maanayata completed 12 years of marriage this year. to mark the special occasion, the actor had shared a mushy post for his wife on Instagram. Dutt posted a picture where the couple is seen twinning in black. While Maanayata wears a black and gold saree, the actor looks dapper in a black pathani suit.

“Loved you then. Love you even more now @maanayata Happy anniversary,” he wrote as the caption.

Sanjay and Maanayata got married in February 2008. The pair have twins Shahraan and Iqra, who were born in October 2010.

On the work front, Sanjay Dutt will next be seen in upcoming films like “Bhuj: The Pride Of India”, “KGF: Chapter 2”, “Prithviraj” and “Shamshera”.