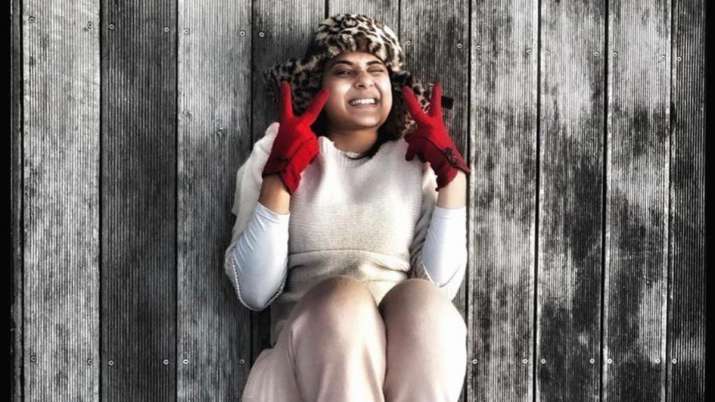 Television actress Jennifer Winget is one of the much-loved and talked-about personalities of the small screen. Every now and then, she keeps on coming in the limelight either for her work or for her personal life. Not only this but she is quite active on social media where she shares updates for her fans and interacts with them on regular basis. Yet again, she did the same but her latest Instagram post left her fans worried! The ‘Beyhadh’ actress shared a picture of herself and announced that she has tested positive for COVID-19. Yes, that’s true! She even said that she is asymptomatic and is currently ‘quarantining, whining and dining.’

Jennifer’s photo caption read, “Down but not out… YES, It’s TRUE! Corona came a-knocking and caught me off guard .. . But know that, I am asymptomatic and feel absolutely fine. So to everyone worried and concerned, don’t be! Here to report that I am quarantining, whining and dining and cannot wait to kick back in action.

A bummer, this, but promise it’s only a minor blip, just paused for a bit to emerge stronger, better, healthier and raring to go. Thank you for all your wishes. But Covid aint got nothing on me! Be back sooner than you know. Signing off with hugs and kisses… Or I best, better not!”

Meanwhile, have a look at some of her stunning pictures here:

Jennifer has time and again been in news for her marriage with Karan Singh Grover. The two got married in the year 2012 but soon things went downhill and they got divorced in the year 2014.

On the professional front, Jennifer has played crucial roles in shows like– Dill Mill Gaye, Kasautii Zindagii Kay, Saraswatichandra, Bepannaah but her stint as Maya in Beyhadh and Beyhadh 2 won everyone over! Winget had last year featured on the second season of thriller show “Beyhadh” which was later cancelled due to the coronavirus-induced nationwide lockdown.