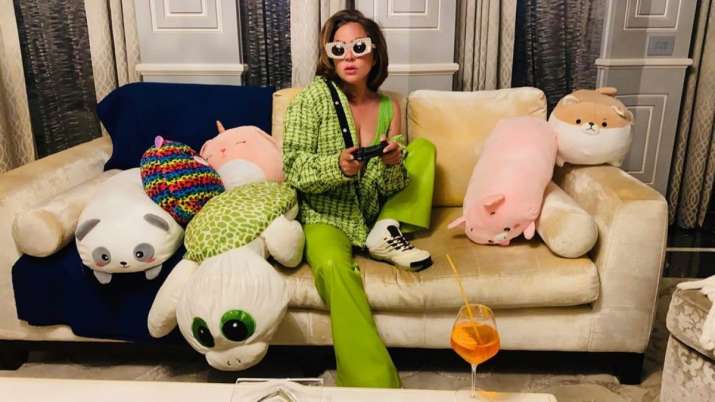 One of the most prolific artists of all time, Lady Gaga’s celebrated career has cemented her as an iconic figure, making her an outstanding popstar who will be revered for decades to come. The superstar is renowned for expertly employing her repertoire of avantgarde fashion, outrageous stunts, and endless theatrical antics to make each of her performances an unforgettable one. The visionary musician has championed her cause in every facet of her craft, creating songs that propagate self-love and confidence. She has utilized her powerful voice to advocate for mental health awareness and LGBTQIA+ rights, winning her a legion of fans who call themselves ‘Little Monsters’.

A pioneer at every step of the way, she rocked the global music industry by constantly reinventing herself, from her evolving style to her power-packed vocals. Her list of innumerable accolades includes 18 VMAs, 12 Grammys and a Golden Globe Award among countless others. As the bold and beautiful personality continues to be a constant source of inspiration, reminisce about pop culture-defining moments from Mother Monster’s trailblazing career.

Her death sentence statement at the 2009 VMAs:

The breakout moment that set Gaga on a path to superstardom, her legendary performance at the 2009 VMAs went down in history as a masterpiece of performance art. A mash up of her hit tracks Paparazzi and Poker Face, the rendition was chock full of gory effects including fake blood gushing down the artist’s body. It’s safe to say she left a mark as audiences were left shell shocked by the formidable act.

Her memorable collaboration with Beyonce

When groundbreaking artists like Lady Gaga and Beyonce combine forces, success is guaranteed. Their dance pop track Telephone topped at number #1 on charts across the globe, gaining instant popularity among ecstatic fans of the pop legends. The imaginative music video made references to famous action films, paying tribute to acclaimed filmmaker Quentin Tarantino.

Lady Gaga’s outrageous outfit at the 2010 VMAs shocked the entire world, marking a defining moment in pop culture. Time magazine termed the outfit as the top fashion statement of 2010, received polarizing reactions across the board. Love it or hate it, the absurd outfit presented the singer front and center at the award ceremony, garnering shocked faces from audiences and international media alike.

Her film debut in A Star is Born

Lady Gaga made her film debut with A Star is Born, a remake of the 1954 version of the romantic drama film. Starring Bradley Cooper and the singer herself, the film’s critical and commercial success proved Gaga is a triple threat entertainer. Her proficiency in singing and acting shone through as the hit film made a sweep at the awards, earning 8 nominations at the Academy Awards as well as a record 7 Grammy Award nominations.

Her 2020 collaboration with Ariana Grande

Take a walk down memory lane and revisit all the glittering moments from the popstar’s career only on My Life on MTV airing on Sunday, 25th July, on Vh1 India and Voot Select.