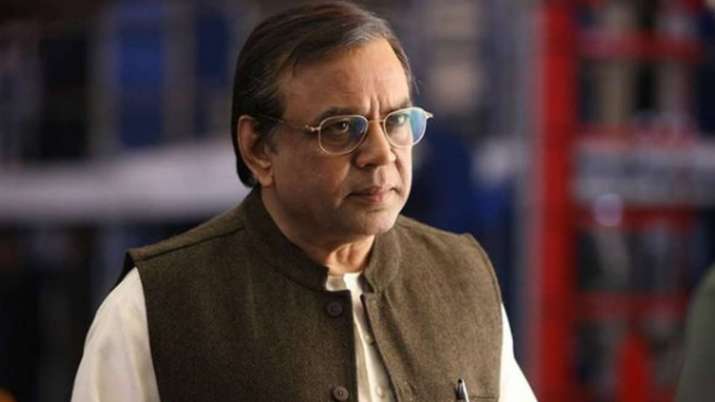 Veteran actor Paresh Rawal is thrilled that Bollywood is now chronicling untold stories rooted in the country and not “plagiarising” international films, a trend, he said, was dominant until a few years ago. The 66-year-old, who has been working in the industry for close to four decades, said the new crop of filmmakers have infused a certain freshness in Hindi cinema. Rawal particularly cited the Ayushmann Khurrana-starrer dramedy “Badhaai Ho!” (2018) and this year’s Netflix film “Pagglait”, fronted by Sanya Malhotra, as examples of novel storytelling.

“Earlier, we would plagiarise foreign stories and then later they (the original makers) would file cases against us. Now that doesn’t happen. So now we are focusing on our homegrown stories, which are far more superior, dramatic and challenging. Stories like ‘Pagglait’, ‘Badhaai Ho!’ are wonderful examples,” Rawal told PTI.

The change in Bollywood has also allowed artistes a chance at consistent quality work, he said. Citing how the industry today has a far more organised system today, the actor, who has himself been an integral part of several landmark shifts, said there are not just good stories but also better storytellers.

“It was difficult a few years ago to keep getting good work but not anymore. Hindi cinema has been going through a golden phase since the last five-six years. There are new writers, directors, actors, and a disciplined finance sector. (The) work is finished in the given time frame and delivered.”

From the dramatic films of the ’80s, where he was mostly slotted in negative roles, the ’90s when Rawal started to emerge as a bankable performer with “Sardar” and the National Award winning “Woh Chokri” to the 2000s, when he switched to comedies with “Hera Pheri”, the actor has time and again proved his versatility.

Rawal said his major turnaround happened with Ketan Mehta’s “Sardar” in 1994, where he featured as freedom fighter Sardar Vallabhbhai Patel. “When I was doing ‘Sardar’, people asked Ketan Mehta how he thought of me for this role, because I was only playing villain characters. He told them that he chose me only because I was a good actor. He spotted me because I was doing my work well,” he recalled.

The actor, who was most recently seen in the sports drama “Toofaan”, said his biggest learning has been that a good performance will never go unnoticed, irrespective of one’s screen space. “I have no complaints from the industry. I’ve got work as per my stature. You just have to keep doing your work sincerely and someone, somewhere will definitely spot it.

“I am not a producer, writer, director or someone from the film family with whose help I can move forward. So all I have is my work and the dedication to keep at it with all honesty,” he added.

Rawal is gearing up for the release of filmmaker Priyadarshan’s comedy, “Hungama 2”. The film is scheduled to be released Friday on Disney+ Hotstar.