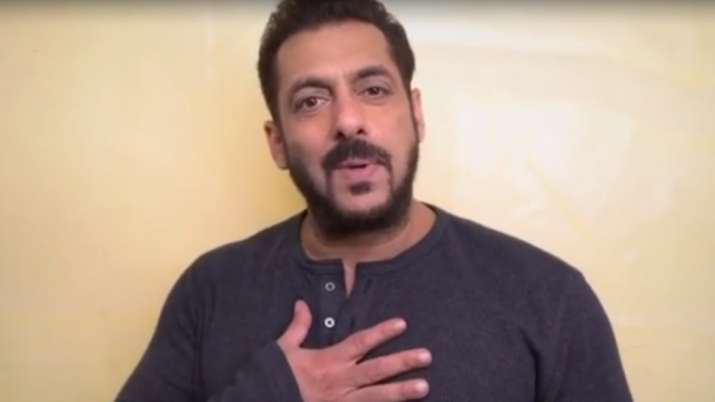 Bollywood superstar Salman Khan on Thursday cheered for Indian athletes ahead of the Tokyo Olympic games 2020. The actor took to Twitter and shared a video sending across his best wishes. “I join the campaign to support our Indian Olympic team … #Tokyo2020. I accept the challenge given by @KirenRijiju #HumaraVictoryPunch,” he wrote in the caption.

In order to boost the spirits of Indian athletes in the Olympics, Union Minister for Youth Affairs and Sports Anurag Thakur on July 21 started new initiative Humara Victory Punch. The Tokyo Olympics will begin on July 23 and the event will continue till August 8.

In the video, Thakur said, “India! India! We are trying our best to cheer for our athletes and ‘Yeh Hai Humara Victory Punch’. Let’s come together and increase the morale of our athletes. You have to cheer our athletes by getting together with your friends and families.”

Earlier in the day, Salman treated fans with the promo of the upcoming “Bigg Boss OTT”. The actor finds it great that this season the show will have a digital-first with “Bigg Boss OTT”, six weeks ahead of its television run. In the promo, Salman can be seen bursting with joy as he declares and warns the audience to gear up for the upcoming season.

In the first promo of Bigg Boss 15, Salman shared that he will be seen hosting on television. It is speculated that the digital version will have a different host. The digital version of the show will air on Voot.

Meanwhile, Salman recently commenced the shooting of his upcoming film Tiger 3 along with actress Katrina Kaif.  “The new schedule of ‘Tiger 3’ has started today in Yash Raj Films Studios. It is a closely guarded set and one can expect no picture to leak from here. Salman and Katrina’s fitness will be tested in this schedule as well as the extensive overseas schedule that is set to start from mid-August,” a source informed.

“Tiger 3” is the third part of the spy thriller franchise starring Salman Khan with Katrina Kaif. The first installment “Ek Tha Tiger” directed by Kabir Khan released in 2012. The second “Tiger Zinda Hai” was released in 2017 and was directed by Ali Abbas Zafar.

Tokyo Olympics: Not all Indian players will attend opening ceremony, here’s why