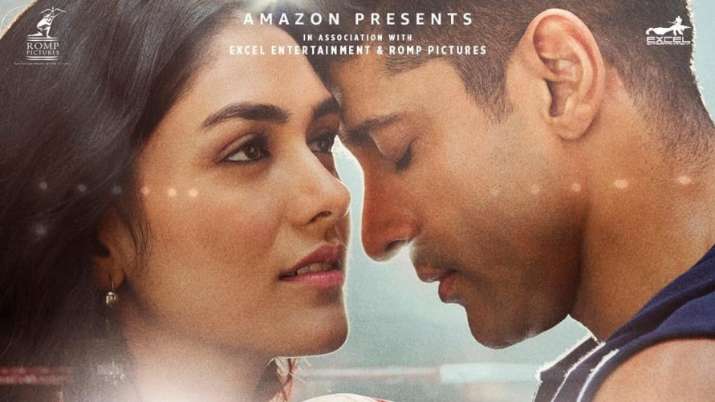 Bollywood actor Farhan Akhtar’s incredible performance in his recent film, ‘Toofaan’, has gotten everyone talking. The film has been the talk of the town since its release. Starring Farhan Akhtar, Mrunal Thakur and Paresh Rawal in lead roles, Toofaan has created a storm among viewers across the globe. The dedication and hard work put by Farhan for his transformation has been lauded by the film fraternity as well as by the sports community.

After Sachin Tendulkar, cricketer Harbhajan Singh took to his social media to congratulate him and his undisputed efforts through a short clip. Taking to his Instagram, Harbhajan wrote: “What a movie #toofaan take a bow @faroutakhtar keep making such great movies and inspiring…”

Thanking him, Farhan commented on his post, “Bhajji brother .. so so touched by your message.. thank you.. this will serve as motivation and encouragement to continue further along this artistic path. Lots of love.”

The inspiring sports-drama that has been creating a storm is not just a boxing-based film, but also a beautiful story of Aziz Ali (Farhan Akhtar) and Ananya (Mrunal Thakur). The makers released a soulful song to depict their lovestory. The track – Ananya sung by Arijit Singh, penned by Javed Akhtar and composed by Shankar Ehsaan Loy, is a heart-warming ode to love.

‘Toofaan’ is streaming now exclusively on Amazon Prime Video in English and Hindi.

Richa Chadha and I have shifted together to a new place: Ali Fazal