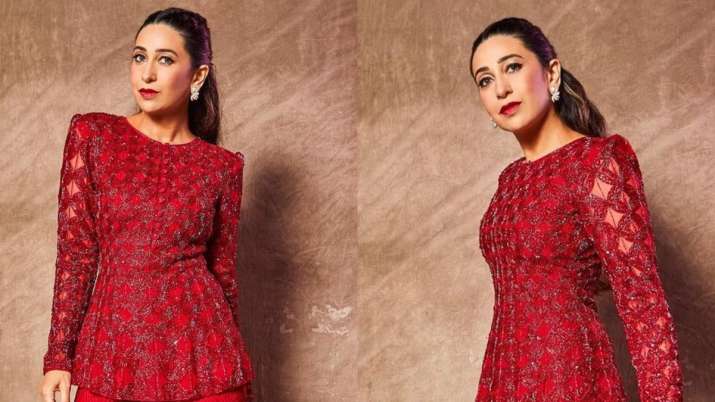 The dancing reality show, Super Dancer has been running for four seasons. It is one of the most entertaining and loved reality shows on the small screen. Judged by Shilpa Shetty, Anurag Basu and Geeta Kapur, the show every now and then grabs the limelight either for its contestants or for the special guests. In the ongoing season, a celebrity is invited every week as a guest judge for the contestant’s encouragement. Yet again, actress Karisma Kapoor, will be seen as a special guest in a dance reality show and will also get a tribute from the contestants and their choreographers.

Contestants will be seen performing on Karisma Kapoor’s popular tracks. The actress surprised a contestant by gifting him five pairs of shoes. Pruthviraj and super guru Subhronil performed on the song ‘Phoolon sa chehra tera’ and depicted Karisma’s journey through the act from a child to an adult. The act came alive through pictures of the actress projected as the backdrop.

She brought an entire rack of shoes for him, with five different styles! An overjoyed Pruthvi was confused as to which pair to choose from but Karisma assured him that all the shoes were his. Karisma Kapoor says: “I loved it guys, thank you so much. I am feeling very emotional. Really, suddenly I am just feeling overwhelmed. Firstly, both of you have amazing energy. Thank you so much for this beautiful tribute.It’s very special to me.”

Karisma went on to add that: “My entire family is Pruthvi’s fan and brought a surprise gift for the little boy.”

Speaking about Super Dancer Chapter 4, it airs on Sony TV on Saturday and Sunday at 8 pm and is hosted by Rithvik Dhanjani and Paritosh Tripathi.