Want flawless skin like Alia Bhatt? Here’s a glimpse of her skincare routine 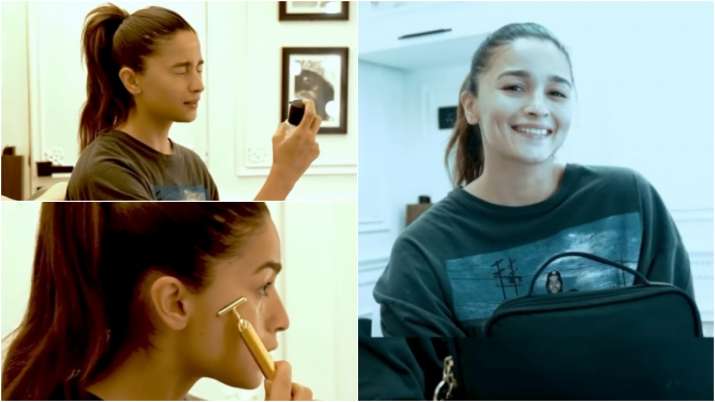 Ever wondered what makes Alia Bhatt‘s skin so flawless and spot free? Well, you don’t need to scratch your brains now; the actress has given a glimpse of her skincare routine on Instagram. Alia, who is an avid social media user. She runs a vlog on YouTube on her name where she shares insights about her lifestyle. Revealing her skincare secrets, she shared a teaser video clip of her routine. In the short video, the actress is seen carrying her skincare bag and some applying skincare products on her face.

In the video clip, Alia is seen wearing a T-shirt and is without makeup.  “Hi guys, welcome back to Alia B. Let me introduce you to my best friend. I am gonna put this. One of my favourite products,” she says talking to her fans.

On the work front, recently, Alia turned producer with her film “Darlings”, where she is acting opposite Shefali Shah.

She also has “Gangubai Kathiawadi”. The film is inspired by a true story and is based on a chapter of Hussain Zaidi’s book “Mafia Queens Of Mumbai”.