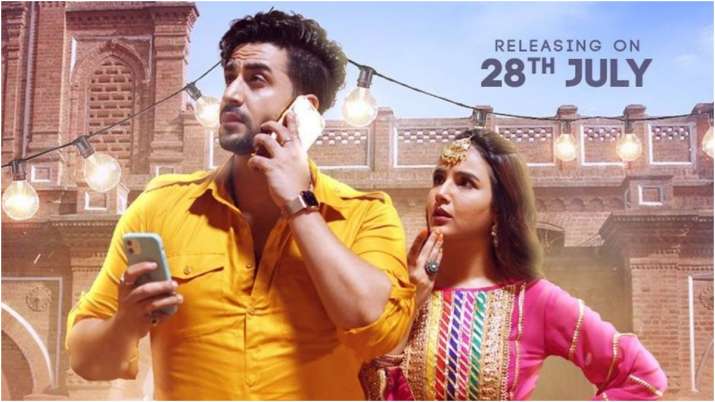 It’s great news for all ‘Jasly’ fans. Jasmin Bhasin and Aly Goni, who are lovingly called ‘Jasly’ by their fans will come together for yet another song titled, ‘2 Phone’. Jasmin shared the poster of the song, informing that the latest track will be sung by singer Neha Kakkar. In the newly released poster, Jasmin and Aly can be seen dressed in traditional attires. While Aly wears a yellow kurta over black bottoms, Jasmin is seen dressed in a pink suit.

“We are back,” Jasmin captioned the poster. Whereas Aly in his caption mentioned that the song will be released on July 28. “And here we r back after huge success of tera suit, but this time with the queen @nehakakkar. see u all on 28th,” he wrote.

2 Phone is Jasmin and Aly’s second song together. Earlier, the “Bigg Boss 14” couple co-starred in the music video of “Tera Suit”. The song was composed and sung by Tony Kakkar

Talking about her experience of shooting the song with Aly, Jasmin had told IANS, “Anything I collaborate with Aly, it is very special. After ‘Bigg Boss’, I have been in an extremely positive and happy phase. I wanted to reflect that happiness on screen. Our fans have already given us immense love and now we want to give back to them through this music video. It is a party song; it’s happy, colourful and exciting. I have a feeling people will play the song during very often during Holi.”