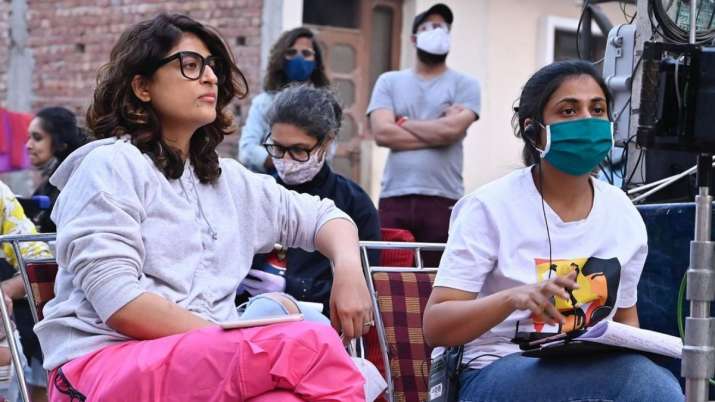 After the success of ‘Toffee’ and ‘Pinni’, Tahira Kashyap Khurrana presents her third short film ‘Quaranteen Crush’ as a part of Netflix’s anthology series ‘Feels Like Ishq’. Sharing the BTS pictures from the sets of the film, Tahira Kashyap Khurrana penned a heartwarming post to express her gratitude to the entire team. The author and filmmaker said, “My happy place! Dekhna zaroor aaj #feelslikeishq @netflix_in par! Had the most amazing time making #quaranteencrush big thank you to the entire team!

Having shot for the short film in just four days in Chandigarh between the first and second lockdown, ‘Quaranteen Crush’ depicts an innocent love story between two teenagers with the innate quirky zing of Tahira Kashyap Khurrana.

Utilising her quarantine to the fullest, Tahira has been working on different things through the lockdown, including her book ’12 Commandments of Being A Woman’, that released last year, ‘Quaranteen Crush’ and her upcoming book ‘7 Sins of Being A Mother’.

Currently, Tahira is also gearing up for her upcoming project, for the same the author-filmmaker was seen doing a recce in Chandigarh. Author, filmmaker and influencer, Tahira Kashyap Khurrana is known for her candid style of storytelling.

Offering insights into her daily life via social media, Tahira often reveal updates of her personal routines in her witty, candid and hilarious manner.