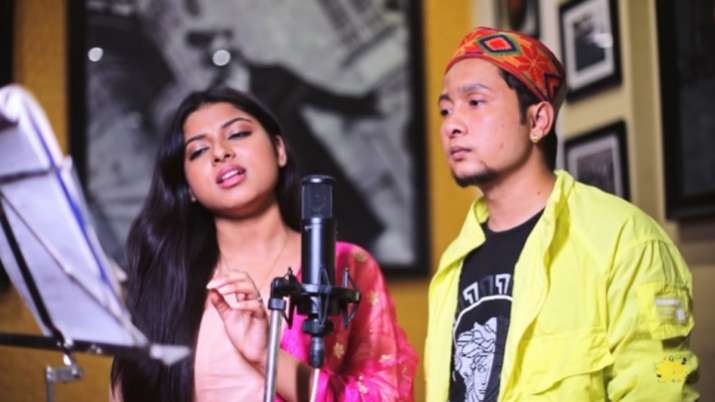 Indian Idol 12 has been grabbing the limelight for its various controversies surrounding not just the judges but also the contestants. Just recently singer Pawandeep Singh caught everyone’s eyeballs during Dharmendra and Anita Raj’s special episode. Yet again, he is in news and this time for his newly released romantic song ‘Terii Umeed’ which has also been crooned by his co-contestant Arunita Kanjilal. The song was released on the occasion of the show’s judge and music composer Himesh Reshammiya‘s birthday for his album ‘Himesh Ke Dil Se’ and has crossed over 711,023 views so far. This happens to be the first song that has been released in the album. The first one ‘Saansein’ was sung by the show’s eliminated contestant Sawai Bhatt while the second song titled ‘Dagaa’ was crooned by Mohd Danish.

The announcement of the song release was made by Himesh on Instagram where he wrote, “Thanks for all the blockbuster success of all the songs, coming with a romantic melody which has a divine energy to it on 23rd July, sung beautifully by @pawandeeprajan and @arunitakanjilal @himeshreshammiyamelodies @soniakapoor06, love you all.”

Speaking about the same, he said, “Pawandeep and Arunita have sung this song like veterans as compared to being fresh talent. Each note that I have composed in Terii Umeed has been perfectly rendered by them and after the superhit success of Tere Bagairr I just knew that another composition with them will be ideal. Terii Umeed explores their soulful voices in a very different range and shows their versatility. I am confident that every music lover of all genres will love this song.”

Meanwhile,  the latest promo of Indian Idol 12 has irked the Netizens as it showed the special guest Reena Roy indulging in some fun with two contestants Arunita Kanjilal and Pawandeep Rajan after which a romantic song plays in the backdrop. Fans were angry with the makers for introducing an unnecessary love angle between the two of them just for the same of TRP.

Here are the reactions which followed: 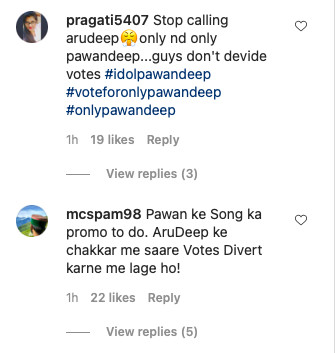 Coming to the latest incident, Pawandeep forgot the lyrics of the song he was performing on after which his co-contestant Sayli Kamble came to his rescue.