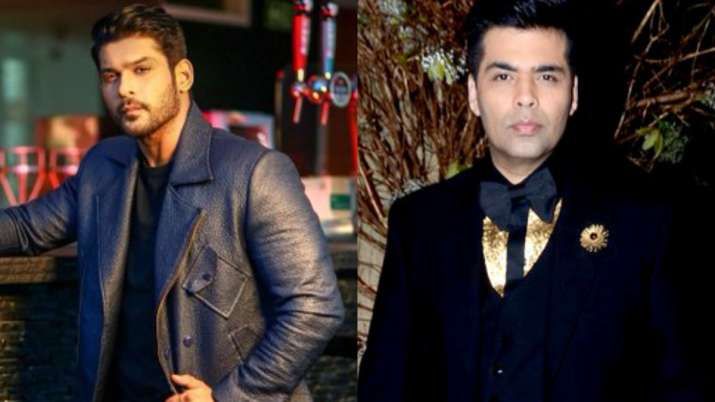 Filmmaker Karan Johar has been roped in to host the upcoming controversial reality show “Bigg Boss OTT”. There were rumours that BB13 winner Sidharth Shukla will be seen hosting the OTT version of the show. There were also talks about Sidnaaz, Sidharth and Shehnaaz Gill, will be seen hosting the premiere episode of Bb15 together. However, putting the gossip mongers to stop, KJo has been roped in for the task.

“My mom and I are huge ‘Bigg Boss’ fans and wouldn’t miss it for a day. As a viewer, it keeps me hugely entertained with dollops of drama. For decades now, I have always enjoyed hosting shows and now with ‘Bigg Boss OTT’… it will surely be over-the-top,” says Karan.

The filmmaker also says that his mother, Hiroo Johar’s dream has come true. “‘Bigg Boss OTT’ will undeniably have a lot more sensational and dramatic (content). I hope I can live up to the audience’s and my friends’ expectations, make Weekend Ka Vaar with the contestants an enjoyable affair in my own style and up the ante on the entertainment quotient. Wait for it!”

Karan will anchor the drama for the six weeks run of “Bigg Boss OTT”, which premieres on August 8 on Voot.

After the completion of the digital exclusive, the show will move seamlessly into Colors with the launch of Season15 of “Bigg Boss”.

Meanwhile, Sidharth Shukla was seen in his OTT debut, Ekta Kapoor’s Broken But Beautiful 3 last. The web show has been the most-watched and popular series of Alt Balaji with Sidharth Shukla garnering all the praise for his stellar performance as Agastya Roy.