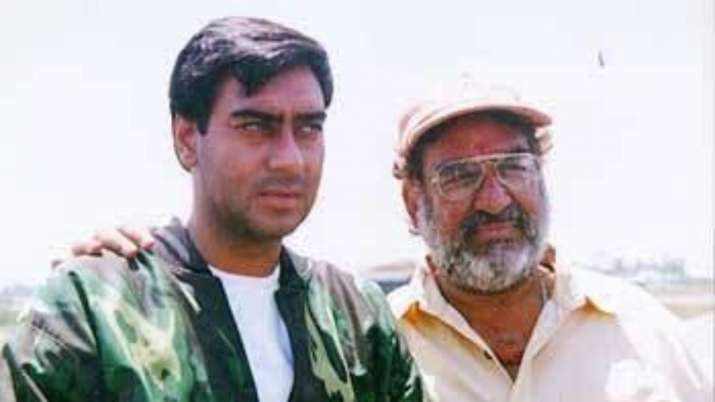 Bollywood superstar Ajay Devgn on Saturday took to his social media to wish his fans on the auspicious occasion of Guru Purnima. The actor shared a throwback picture with his late father Veeru Devgan and saluted him for teaching life’s valuable lessons. Ajay said that his father was his first ‘guru’ and taught him important things about his career and life. He also mentioned that he carries his father’s teachings as a ‘badge of honour.’

Ajay Devgn tweeted, “Saluting my father (Veeru Devgn), my Guru, on this auspicious day. I was fortunate to get my life and career lessons from him. A valued gift that I carry with me like a badge of honour”

Veeru Devgan passed away in Mumbai on May 27 in 2019 at the age of 85. He has choreographed action sequences in over 80 Bollywood movies. In 1992, he was awarded Best Action Director for his work in the film Phool Aur Kaante. He was also acknowledged with Lifetime Achievement Award by Zee Cine Awards in 2016.

On Veeru Devgan’s first death anniversary last year, Ajay had shared a video on social media, which was a collage of different photographs clicked with his father on various occasions. The actor wrote: “Dear Dad, it’s a year since you left. However, I can feel you beside me—quiet, caring, protective; your presence is forever reassuring.”

Ajay Devgn credits his Bollywood career to his father as it is said that Veeru Devgan always wanted Ajay to be a superstar in Bollywood. The stunt director even started training Ajay from the early days so that he can enter the showbiz.