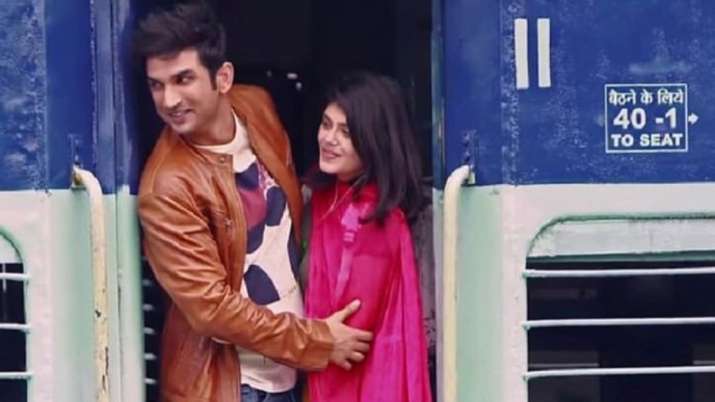 Filmmaker Mukesh Chhabra and actor Sanjana Sanghi on Saturday celebrated the first anniversary of their romantic drama “Dil Bechara” and said the team has “mixed emotions” as they miss their leading star Sushant Singh Rajput. The film, which was released on Disney +Hotstar, was the posthumous project of Rajput, who passed away in June last year.

Chhabra, who made his directorial debut with “Dil Bechara” and was a close friend of Rajput, took to Instagram and wrote, “Mixed emotions. Missing Sushant. Only love.”

“Dil Bechara” was an official remake of the 2014 Hollywood romantic drama “The Fault in our Stars”, which was based on John Green’s popular novel of the same name.

In a long post, Sanghi shared pictures from the sets and said playing the character of Kizie Basu in her debut film as a lead was a life changing experience.

“It has truly been the greatest privilege and honour that has ever been bestowed upon me to discover myself as an actor in portraying Kizie Basu, the Indian Hazel Grace Lancaster from a novel I”d read an endless number of times as a teenager.

“And the opportunity to do that in the guidance of so many creative geniuses made it unforgettable,” Sanghi wrote.

The actor also tagged Rajput and wrote, “Thinking of you.”

The film”s music was composed by AR Rahman, with lyrics penned by Amitabh Bhattacharya.

Sangh, 24, recalled how nervous she was during the film”s release and thanked her fans for making the movie special for her.

“Today, as we complete one year of ”Dil Bechara”(!!) becoming yours forever, all I have in my heart is unsurmountable heaps of gratitude for the kind of love, admiration and support you all have bestowed on our film, and the deep embrace you have given me over this year. It’s fuel for the soul.

“Thank you, for taking care of our film and celebrating it in ways we couldn’t ever even dream of,” she added.

The film followed the story of Kizie, a young girl suffering from cancer, and Manny (Rajput) who she meets at a support group.

Yogi Adityanath to contest from Gorakhpur; BJP to field all top leaders in UP polls 2022: Sources