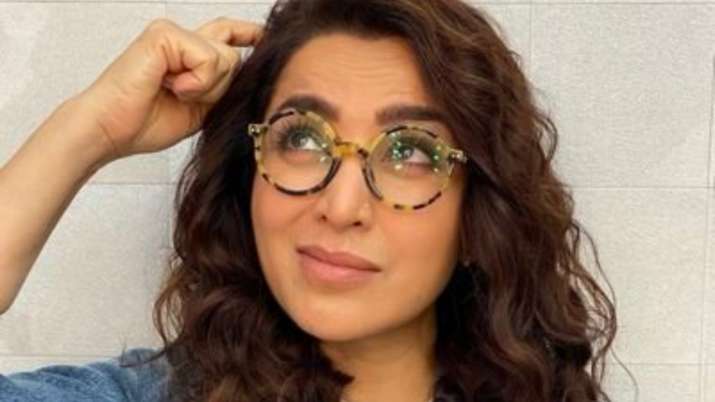 Social media timelines are flooded with congratulatory posts for Mirabai Chanu, who on Saturday ended India’s 21-year wait for a weightlifting medal at the Olympics by clinching a silver in the 49kg category at the Tokyo Games. Film stars too celebrated Chanu’s medal win at the Olympics, saying that the weightlifter has ensured the country is off to a “flying start. Actress Tisca Chopra was also among them to send her wishes. However, she goofed up a bit.

Tisca wrote “You make us proud girl! @mirabai_chanu #Tokyo2021 #Olympics2021 #indiaattheolympics.” But alongside her tweet, the actress posted the photo of Indonesian weightlifter Aisah Windy Cantika’s instead of Chanu. Netizens were quick to point out the mistake targeting the actor with sharp comments.

“When you don’t even identify the person but tweeting is must as it’s trending,” wrote a user. Another tweeted, “I am doubtful whether Tiscaji really knows where Manipur stands in our India map.”

Several others corrected the actress by posting the correct photo of Chanu and reminding the actress that Cantika won the bronze medal.

For the unversed, Mirabai Chanu lifted a total of 202kg (87kg+115kg) to better Karnam Malleswari’s bronze in the 2000 Sydney Olympics and open India’s account in Tokyo. With this, the 26-year-old exorcised the ghosts of the 2016 Games where she had failed to log a single legitimate lift.

Meanwhile, film stars Kareena Kapoor Khan, Mahesh Babu, Taapsee Pannu and Varun Dhawan, among others, on Saturday celebrated Mirabai Chanu’s silver medal win at the Tokyo Olympics, saying that the weightlifter has ensured the country is off to a “flying start.

Rainfall intensity to reduce over west coast during next 24 hours: IMD