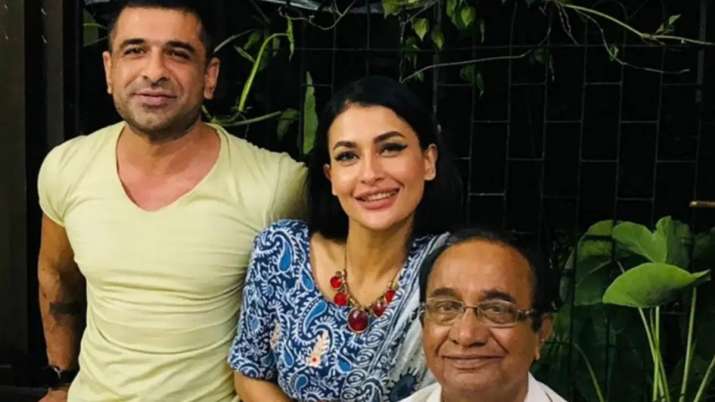 Actors Eijaz Khan and Pavitra Punia fell in love with each other when they participated together in Bigg Boss 14. Their love-hate relationship in the reality show became one of the major highlights of the season. It was after they exit from the show that the two confessed falling for one another. Since then, they have often been spotted together.  From family get together to birthday parties and public appearances, the couple has been inseparable.

Recently, Eijaz had taken the actress to meet his father. He also posted some pictures with Pavitra and his father writing, “Pappa se tujhko milaaoonga,” he captioned the photo. An elated Pavitra commented on the post and said, “Blessed blessed blessed. Such a iconic personality pappa. Thank you baby @eijazkhan for this. I Love you (sic).”

A user also pointed out the hashtag used by Eijaz asking if they’ll marry soon. “Are they gonna marry?? See the ht “#pavitrapuniak ” Pavitra Punia Khan.”

for the unversed, while Eijaz was single when he entered the Bigg Boss house with no plans of getting into a relationship, his bond with Pavitra grew over time in the show. They shared a love-hate relationship in the show and were also seen to be at loggerheads with each other. Eijaz and evicted housemate Pavitra Punias romance gathered ground while they spent time in the season 14 house. After his exit from BB 14, Eijaz said the show gave him a chance to discover the love of his love.

On the work front, Eijaz will soon be seen in the second season of web-series “City Of Dreams”