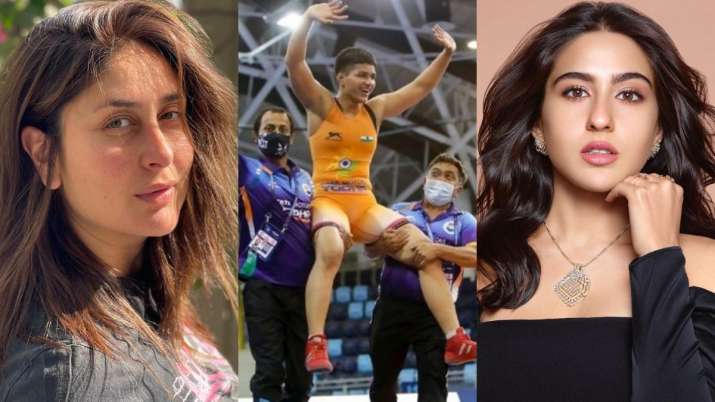 Indian wrestler Priya Malik, who won the gold medal in the World Cadet Wrestling Championships in Budapest, Hungary on Sunday thrashing Kseniya Patapovich 5-0 of Belarus in the 73-kg weight category has made the whole country proud. Bollywood celebrities have also expressed happiness over her success. Wishes have been pouring in for Priya all over social media. Several members from the Indian film industry have taken to social media to congratulate Priya Malik. 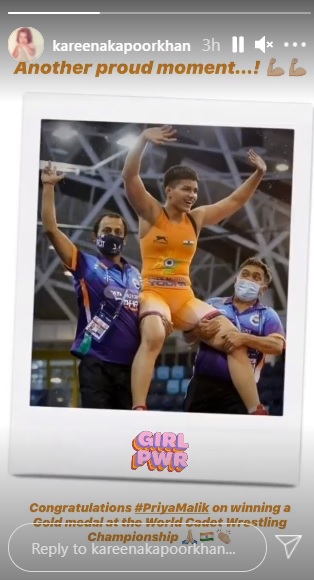 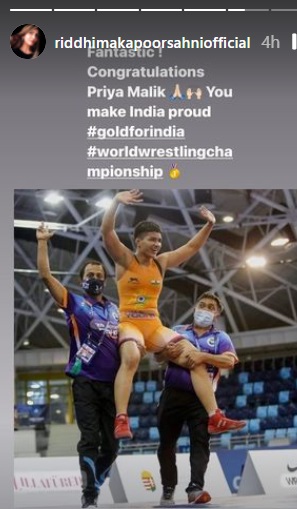 Actor Sara Ali Khan has also extended her congratulations to Priya. She posted a few emojis of the trophy and gold medal on her Instagram Story. 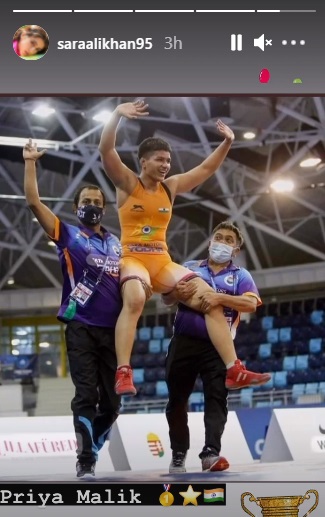 “Congrats,” Sara posted. Actors Sagrika Ghatge and Sanjay Kapoor among many others have congratulated Priya.

Check out other Bollywood celebrities reactions below: